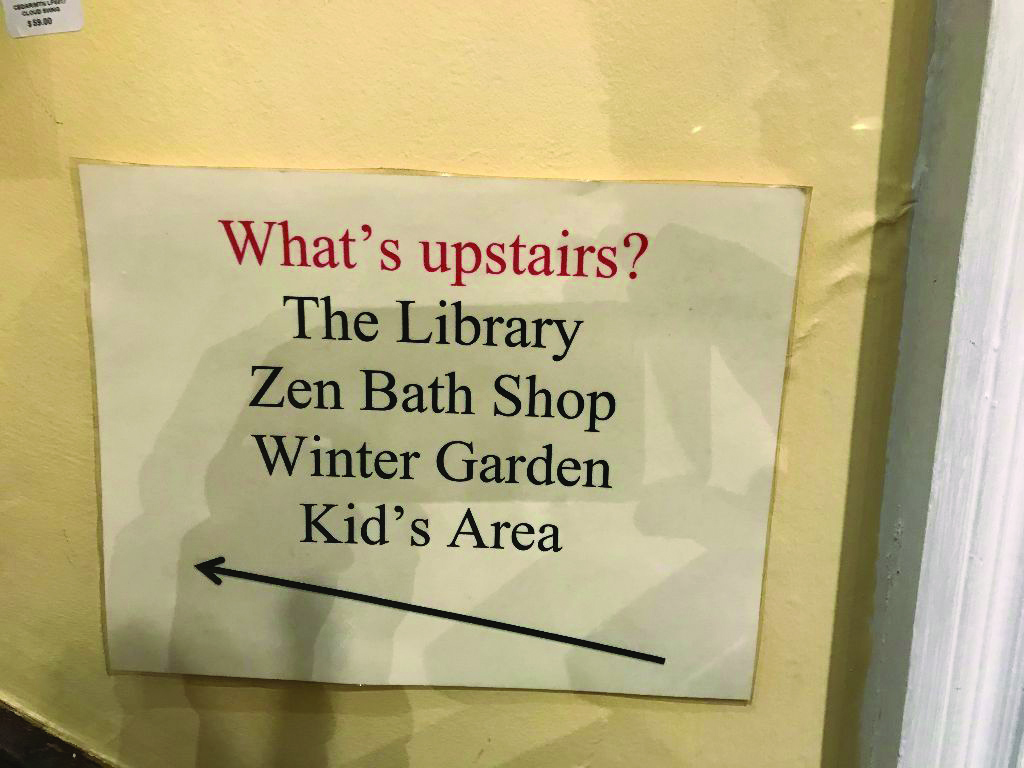 How long, oh Lord, how long? Looks like the area is for one kid only.

• Geno Auriemma, University of Connecticut women’s basketball coach, in his tribute to Kobe Bryant: “There’s some amazing women here tonight . . . There’s so many thoughts in my head.” . . . Plural nouns—in this case, women and thoughts—require the verb are—something many speakers seem to forget. It seems it’s easier to say “there’s” instead of being correct and adding the extra syllable in “there are.”

• Stephanie Ruhle, NBC News business correspondent, commenting on plummeting stock prices: “Get that pit out of my stomach.” One has a feeling in the pit of one’s stomach. The pit is an area in one’s stomach in which one feels a physical response to strong emotion, especially fear, stress, or anxiety. The phrase is often misstated to imply there is a pit that enters the stomach.

• Tom Schad in USA TODAY: “Wink Martindale was laying on the couch at his California home one day in 2017.” Ol’ Wink was lying on the couch. To lay is to place or put down an object.

• USA TODAY, quoting Justin Turner, of the Los Angeles Dodgers: “The reason every guy is working out all offseason and showing up to camp early . . . is specifically for that [World Series] trophy.” Turner thus becomes part of the growing and inexplicable trend to change the at to to in such phrases as “arrive at” and “show up at.” Gotta admit, it’s becoming one of my (many) pet peeves. (For more, see “Superfluous Prepositions”).

• From a press release for Art for Life, the documentary about Wilmington’s Twin Poets: “They continue to promote the use of art as a powerful tool for affecting social change.” Normally, affect and its forms are verbs and effect is a noun. This is one of the rare instances where effecting (to bring about) is the correct verb.

• The Morning Show, the award-winning drama on Apple TV, has Jennifer Aniston’s character asking, “Is there an alternative option?” Maybe this should be in the Department of Redundancies Dept.

• Reader Janet Strobert, a frequent contributor to War, has recently zeroed in on Women’s Health magazine and its gaffes. In the January/February 2020 issue, Janet found the following sentence: “If you’ve ‘been there, drank that’ with the usual peppermint or chamomile varieties, give one of these a sip.” That should be “drunk that.” In the same issue, she also came across this: “ . . . and peep the nutrition label . . . ” Like Janet, we found this attempt at hipness (wokeness?) irritating and self-indulgent.

• An ad for Super Beta Prostate promises users “less trips to the bathroom.” Fewer trips (a plural) would mean less time (a quantity) spent in the bathroom. (And in no way is this an endorsement of the product.)

Have you noticed how TV hosts now “welcome in” their guests, instead of just welcoming them? For the past several years, extra prepositions have been creeping into our language. It used to be enough to focus, add, welcome and join. Now we have to focus in, add in, welcome in, invite in, and join up with. It’s another ridiculous trend that simply adds baggage to the language.

The world of pro football recently gave us two instances of the tired “whole entire” redundancy:

• Navy quarterback Malcolm Perry in USA TODAY, commenting on his attendance at the NFL Combine: “I have tremendous support from the whole entire academy.”

• Matt McGloin, quarterback for the New York Guardians of the XFL: “We have to change the whole entire game plan.”

• Matt Damon managed to score a double with this: “My kids literally could care less about what role I play.” Not only did Damon use the meaningless “literally,” he also committed the common error of leaving out not in the phrase “could not care less.”

• And Sal Paolantonio, NFL reporter for ESPN, gave us this in praising an LSU lineman:  “He is literally a freight train playing football.”

pleonasm
Pronounced plee-anazm, it’s a noun meaning the use of more words than are necessary to convey meaning (e.g., see with one’s eyes), either as a fault of style or for emphasis.

Need a speaker for your organization? Contact me for a fun presentation on grammar: ryearick@comcast.net.

Seen a good (bad) one lately? Send your candidates to ryearick@comcast.net