Department of Redundancies Dept.
David Murphy, in The Philadelphia Inquirer: “The end result is that Mike Scott ended up playing almost 30 minutes.” Like “whole entire” and “close proximity,” end result is a redundancy some people simply must use.

Media Watch
• USA TODAY’S Bob Nightengale, who way back in November accurately predicted the Phillies would land free agent Bryce Harper, was unfortunately wrong in this description in a February column: “The Phillies, who have been the stalking horse all winter for Harper, remain the favorite.” Had he said the Phils had stalked Harper all winter, fine. But he used a term that means “a false pretext concealing someone’s real intentions,” or, more specifically, “a political candidate who runs only in order to provoke the election and thus allow a stronger candidate to come forward.” E. g., “a stalking-horse challenge.” The Phils were very sincere in their stalking of Harper.

• On social media, under the heading “Our neighborhood fox” on the McDaniel Heights Facebook page, there was this: “A beautiful citing in our yard on this snowy day!” I couldn’t resist responding, “Thanks for citing the sighting on this site.”

Peeves
• The random use of icon and iconic: The original meaning, “a painting of Jesus Christ or another holy figure, typically in a traditional style on wood, venerated and used as an aid to devotion in the Byzantine and other Eastern Churches,” has been lost to time. Now almost anything or anyone who is famous is an icon or iconic. Wendy’s refers to its “iconic junior bacon cheeseburger,” and golf experts have called the course at Oakmont Country Club “an iconic test.” Is Adam Lambert is “an iconic singer”? Probably. Get a grip, people. Let’s reserve the noun and the adjective for things and people that are worthy of veneration. (A nod here to a certain reader—and you know who you are, Walt—who abhors this trend.)

• Turning adjectives into nouns for the sake of lame slogans. E.g., Silver Sneakers’ “Find Your Fierce.”

That or Which?
At one of my recent “War on Words” talks, a man asked me to explain when to use “that” and when to go with “which.” My answer was a bit jumbled, so for him and anyone else interested in this question, here’s the rule (And forgive me; I must use grammar textbook terms here—restrictive and nonrestrictive—which I generally eschew):

How Long, Oh Lord, How long?
(In which we address the misuse of that most-abused punctuation mark, the apostrophe)

A reader reports that Porter Chevrolet in Newark advertised a President’s Day sale. We wonder: which president was the dealership honoring? The AP Stylebook specifies “Presidents Day,” while Chicago Style uses “Presidents’ Day,” but no authority endorses President’s Day. That’s because the holiday celebrates all those who have held the office. On the other hand, that same reader will be disappointed to know that next month we will observe Mother’s Day, the idea being that each family celebrates its mother; likewise for Father’s Day in June.

fabulist
Pronounced FA-byuh-list, it’s a noun meaning a writer or teller of fables; a liar.

Need a speaker for your organization? Contact me for a fun presentation on grammar: ryearick@comcast.net.

Seen a good (bad) one lately? Send your candidates to ryearick@comcast.net 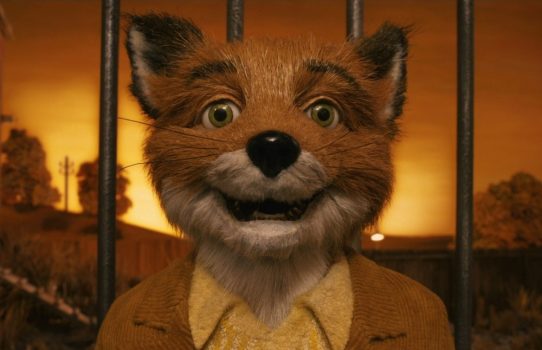 Ryan Alexander
Since 1988, Out & About has informed our audience of entertainment options in Greater Wilmington through a monthly variety magazine. Today, that connection has expanded to include social networking, a weekly newsletter, and a comprehensive website. We also create, manage, and sponsor local events.
Previous

Record Store Day: All about Vinyl

Worth Recognizing: Community Members Who Go Above & Beyond