In cities from Vancouver to Miami—Wilmington included—more than 1500 landmarks will be lit in red, bringing attention to an industry in need

On Tuesday, September 1, Wilmington landmarks such as the Chase Center, Frawley Stadium and buildings surrounding Rodney Square will be bathed in shades of red starting at 9 p.m.

The effort is part of a North American awareness campaign called “Red Alert,” which focuses on securing emergency relief funds for those in the live-events industry. Thousands of live-event industry professionals will join forces to light up more than 1500 venues and buildings across the country.

“The entire live events industry is on the brink of collapse,” said Brad Nelms, director of WeMakeEvents, the organization spearheading the call to action.

The organization is pushing Congress to pass the Restart Act. The legislation would help bring essential economic relief to those in the live-events industry, which employs more than 12 million people and generates close to $1 trillion in North American annually, WeMakeEvents estimates.

“Without financial relief, many businesses stand to permanently close, and families risk bankruptcy and homelessness,” Nelms said via a press release on the organization’s website.

According to the WeMakeEvents, the pandemic has forced more than 95% of live events to be canceled and, as a result, three out of every four workers in the industry have lost 100% of their income since March.

“As far as our company goes, it was like they turned off the faucet,” said Scott Humphrey, founder and president of full-service event production company Light Action Productions, which is based in New Castle.

Following the company’s best year in business in 2019, Humphrey was looking forward to another record-breaking year. Then the pandemic hit.

“Beginning on March 13, the cancellations started coming in,” Humphrey said. “And they just keep coming.”

At press time, Humphrey and his team was working with officials in Wilmington and Philadelphia to coordinate lighting up more buildings in red.

“This is the first national coverage this has gotten,” said another industry leader, Michael Strickland, during a live interview conducted August 25 on CNBC. 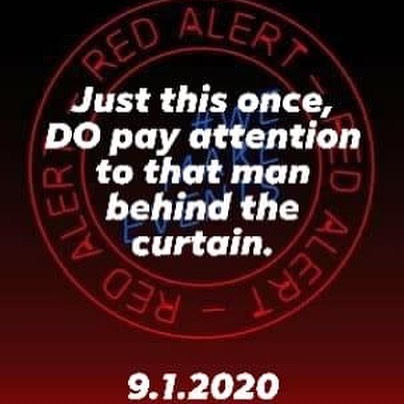 Strickland is the chair and founder of lighting company Bandit Lites, whose diverse portfolio include the Cincinnati Ballet, ESPN and the heavy metal band Iron Maiden.

“The live event industry on the whole went to zero income on March 13 and will be a zero income until March of next year. Unlike restaurants, gymnasiums and hair salons, we have no income and no chance of income… because we can’t have events.

For more information on this effort, go to www.wemakeevents.org.

Why This Black Man is Voting for Mike Purzycki