With a who’s who lineup of local musicians and a ‘casual synergy,’ the Stone Shakers have found a growing audience

The local music scene is a living organism, with musicians and singers shifting between bands, forging new ideas and new sounds. And many of these troubadours hold positions in numerous bands simultaneously, thus deepening their pedigrees.

One such is the Stone Shakers, featuring the chanteuse Samantha Poole on vocals and “a bunch of grizzled old musical vets,” according to guitarist and mandolin player Kevin Walsh, who, like the rest of the band, has a few decades on Poole. Indeed, the band is a literal who’s who of the local music scene stretching back more than 40 years.

Alongside Poole and Walsh is Tony Cappella on bass, Ritchie Rubini on percussion and Pete Cogan on harmonica. With a collective resume that includes local legendary bands such as Montana Wildaxe, The Snap, Vinyl Shockley, and The Bullets, with whom Cogan is a frequent guest performer, their musical chops are beyond reproach. Everyone sings, too, with the exception of Cogan, who says, “You don’t want to hear me sing.”

Their self-titled CD was released in October, with a cover shot by local photographer Joe del Tufo, who has a strong connection to the Delaware music scene. It was produced, recorded and mixed by Ian Walsh, a producer and songwriter with Pulse Music Group, based in Los Angeles, who is also with the band Bel Heir (RCA Records). He also happens to be Kevin Walsh’s son.

“The new EP has done really well,” says the elder Walsh. “The single ‘All My Best Years’ has been added to maybe a dozen member playlists on Spotify. Last time I checked we had well over 4,000 monthly listeners from all over the U.S. and internationally.” 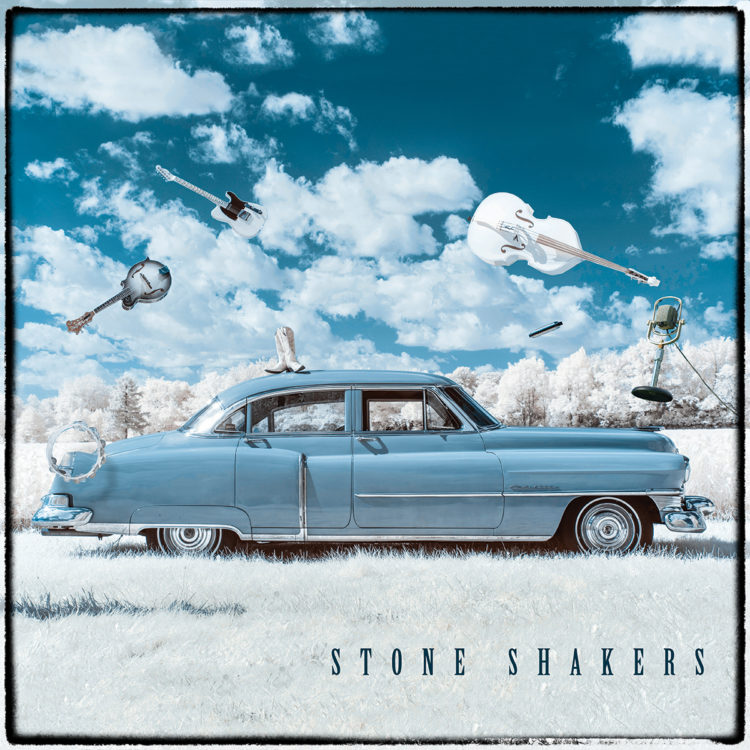 The EP has done “really well,” according to Kevin Walsh. Photo by Joe del Tufo

Adds Poole: “We have had great feedback on the EP so far. We’ve had listeners from all over the country. We’ve even had a good amount of listeners in Canada, the Philippines and Australia.”

“I view the CD as being an extension of what the band does live,” says Rubini.

“Not bad for a little ol’ band from Delaware,” adds Walsh. “But the best feedback comes from our friends and peers, all of whom are really digging the EP.”

The band’s origin is a case of circumstance and familiarity. “Tony, Ritchie and I always seem to find ourselves working together,” says Walsh. “We also like taking chances and prefer musical environments that are fun. And we actually enjoy hanging out with each other. So why not start a band?”

“We all seem to be in an incestuous relationship with each other as musicians,” Rubini says, “playing in different situations, but the same players.”

“We had met Samantha through Ben LeRoy when we sat in at one of Ben’s monthly gigs at Pizza By Elizabeths, where she was singing,” says Cappella. “Kevin and I discussed asking her if she had any interest in connecting with us.”

Says Walsh: “We did worry that, when faced with this offer from a bunch of grizzled old musical vets, if she would turn and run. But surprisingly, Sam said yes.”

“I was hesitant to say yes only due to timing,” says Poole, “but I didn’t want to pass up the opportunity to play with some of the best musicians in Delaware. Who could pass that up?”

At that point the band was a four-piece ensemble, playing gigs and posing for the requisite publicity photos. But even when this much talent and experience is brought together, it sometimes pays to get a little greedy on the instrumentation end. Enter Pete Cogan.

“I sat in with the band during a gig at Twin Lakes Brewery,” says Cogan. “Kevin came up to me and said, ‘You know, Pete, you’re welcome to stop by and sit in anytime you want,’ to which I responded, ‘You know, Kevin, I could hear myself playing in this band.’” 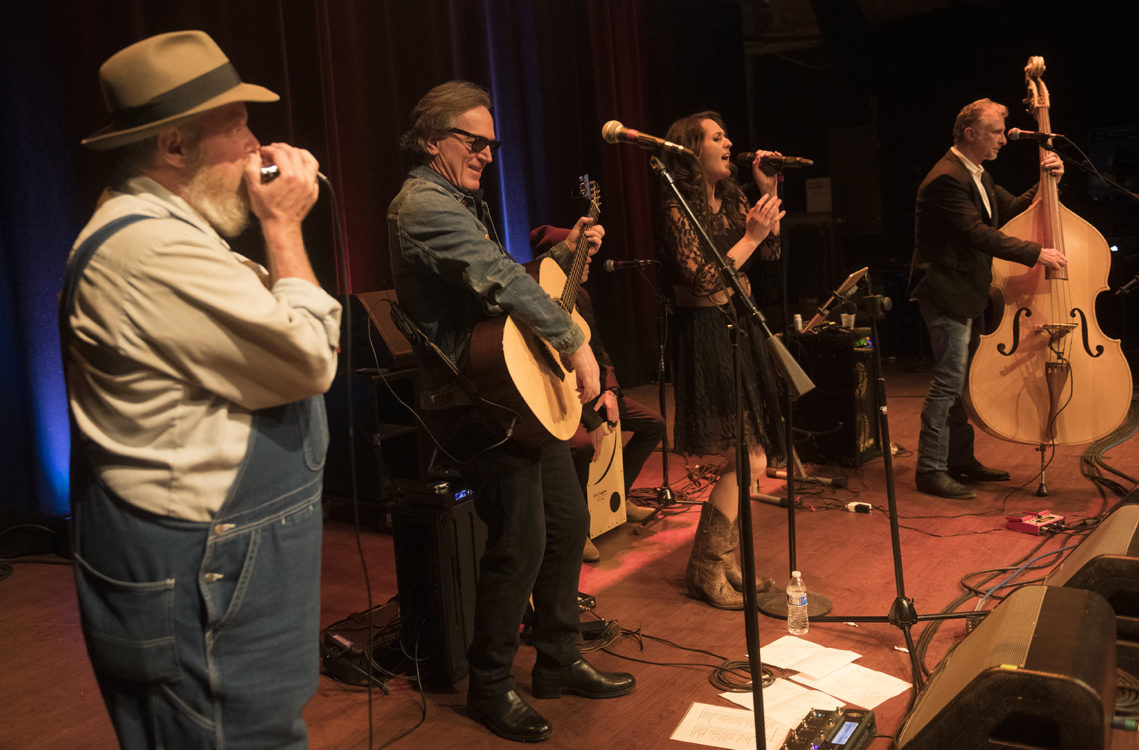 Everyone in the band contributes the occasional vocal, except Pete Cogan (left). “You don’t want to hear me sing,” he says. Photo by Joe del Tufo

“Pete was the icing on the cake and everyone said come on in,” says Walsh. “But then,” he laughs, “it took us a year to update the band picture.”

Musical performers, like other artists, run the risk of repeating themselves, of getting stale, so growth and variety help to keep things fresh. This is not lost on the band, which is why it’s not unusual at a Stone Shakers gig to hear interpretations of AC/DC, John Prine, KT Tunstall, Bob Dylan, Prince, The Rolling Stones, Nancy Sinatra and myriad other styles mixed in with original cuts.

Poole says she has been told her vocals “sound like a mix between Susan Tedeschi and Carol King with a little Miranda Lambert thrown in. I take that as a compliment.”

It’s  the casual synergy of the band Cappella enjoys. “The approach to the songwriting and the total lack of ego in this band is pretty unique,” he says. “Either that or we all have such huge egos that they cancel each other out when we’re together.”

“When we formed the band we really tossed the playbook out the window,” says Walsh. “We’ve been in so many bands that are usually defined musically by their instrumentation. We said, let’s use an acoustic guitar and mandolin, an upright bass, a cajón (‘It’s a wooden box you sit on and hit with your hands all night,’ says Rubini. ‘Ouch!’), and a harmonica and play every genre and style of music. No boundaries. No covers, just interpretations. We can play funk, country, soul, rock, pop, salsa etc.—and we make sure we work in some original music.”

Cogan has his typical impish assessment: “We take popular songs and play them with the wrong instruments and change the feel of everything.”

With 2018 in the books, the band looks forward to 2019 and beyond. “I would like to see our sound and live presentation continue to evolve,” says Walsh, while Cappella adds that he is looking forward to expanding their territory into new venues. Writing new songs, with a possible new album on the horizon, is in their sights.

With an international listening audience, an encyclopedic song repertoire, and a well-received CD, the New Year is shaping up well for the Stone Shakers. Not bad for a little ol’ band from Delaware.

Mike Goes Behind the Mic