On the heels of the band’s new single, “Wharfman’s Blues,” Wasted Arrows has announced its debut album will be released early next year.

The band teased some of the new material during its November 26 show at Argilla Brewing Co.

According to lead singer and guitarist, David Norbut, the new songs will draw from his blue-collar life as a dock worker, while also touching on themes of love, loss and regret. Recorded at Noisy Little Critter Studio in Downingtown, Pa., the recordings will also feature Bill Shato on lead guitar and pedal steel, Chris Haug on bass, Tom Ewing on drums, and new band member, Monika Bullette, on fiddle and vocals.

The new single and upcoming album will be available at WastedArrows.Bandcamp.com.

The circus is coming back to town!

Although in this case, all the tent-raising, high-wire fun will be featured on stage — stages, actually — at The Queen in Wilmington.

On February 18, 2023, Wilmo Rock Circus will return to The Queen — a little more than one year after the event’s 10th Anniversary Show rocked Theatre N.

Created and managed by Gable Music Ventures, the multi-act spectacular showcases original musicians and bands performing in The Queen’s Main Hall, The Crown and The Knight’s Bar.

For tickets and updates, visit GableMusicVentures.com.

On November 2, area singer-songwriter Steve Pepper released The Great Divide, his most upbeat and collaborative efforts to date.

But while Pepper’s music has the spark and fire of an outdoor jamboree, the lyrics tease that there may be a lot more going on than “just a good time.”

With the title track, “Miracle Mile,” and “The Fireball,” the albums open with all guns blazing and hardly lets up for the 23 minutes. Pepper and producer Brad Newsom brought in a solid mix of local players to pump up the energy, but certainly one of the most memorable highlights is the tasty banjo work of Mark Unruh.

“I feel lucky,” says Pepper. “I’m humbled by the music and the musicians that worked to bring it to life.”

Listen for yourself at StevePepper.Bandcamp.com.

As Mack BloZart, music producer and multi-instrumentalist Giscard Xavier has returned to lofi territory with his 11-track November 11 release NiteWork.

Remembered by many longtime music fans in the area as the former keyboardist of funk-hop-hop band The Vybe, Mack BloZart has been spending more recent years exploring genres of house music (with 2020’s Stay In The House) and lofi (2018’s Welcome to the CoffeeShop).

Self-described as “steampunk meets future-retro, easy listening,” NiteWork can be heard on most major streaming platforms. 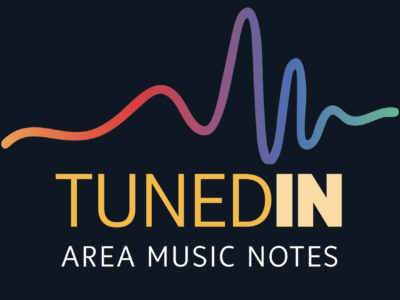