Your freezer may hold the key to solving one of the world’s most pressing problems: food waste. The Environmental Protection Agency estimates that “94 percent of the food we throw away ends up in landfills or combustion facilities.”

Food loss occurs at all levels of the supply chain, from production to processing, retail to consumers. Some food loss will naturally occur, but most waste can be prevented by using what the EPA calls its “food recovery hierarchy,” a system that “prioritizes actions that prevent or divert food waste from landfills.”

This hierarchy uses an inverted pyramid structure that at its top prioritizes and maximizes food uses while minimizing food waste. The most preferred way to prevent wasted food is what the EPA calls “source reduction” or “reducing the volume of surplus food generated.”

So what can consumers do to help mitigate food waste? It can be as easy as making a grocery list, buying less and learning to freeze and preserve food as our grandmothers and ancestors did for centuries.

While fresh produce may be preferred in-season, the frozen food category is gaining momentum among consumers. This trend has been spurred by recent research from food scientists at the University of California Davis that found that frozen vegetables and fruits can retain just as many vitamins and nutrients as fresh. With local summer produce in full swing at farmer’s markets across the region, it’s the perfect time to learn to freeze before the fall frost sets in.

Coverdale is owned and managed by the Delaware Nature Society, a nonprofit based in Hockessin that is dedicated to “connecting people with the natural world.” Part nature reserve and part working farm, Coverdale uses regenerative agriculture methods that include a wide variety of farm livestock and a community-supported agriculture (CSA) program, which provides weekly vegetable and flower shares from June until October.

If you’ve missed the annual CSA sign-up, Coverdale, at 543 Way Rd., Greenville, is open to the public on Wednesdays from 11 a.m. to 6 p.m. and Saturdays from 9 a.m. to 2 p.m. Visitors do not need to be members to purchase from the farm market located across from the big red barn.

“Each week from May to October, we have an a la carte menu of rotating produce and other local products for sale, like Coverdale pastured eggs, bread from De La Coeur Bakery, cheese from Farm at Doe Run, Walt’s Swarmbustin’ honey and Crisp & Co. pickles,” says Wales.

The sky’s the limit when it comes to what to freeze. Here’s a list of vegetables and fruits to freeze as the summer months wind down. Keep in mind some of these foods may already be past their high season, so this list also can be used to freeze grocery store produce past its prime. 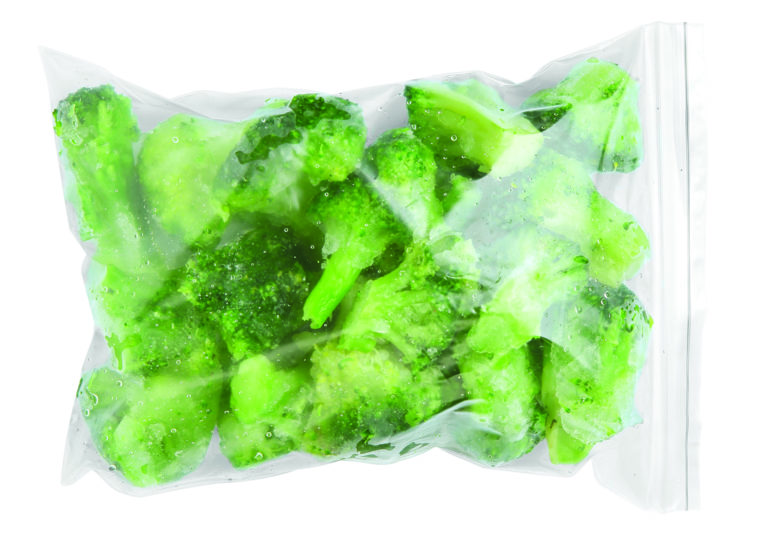 Preparing Food for the freezer

Like my mother and grandmothers before me, I brought out my 1950s Better Homes and Gardens: New Cook Book for recommendations on how to freeze vegetables and fruits. Not surprisingly, the process of freezing vegetables hasn’t changed much over the decades. However, I’ve only loosely followed the “Freezing Fruits” section since it recommended either a syrup or sugar pack, both of which add unnecessary steps and calories. And once frozen, vegetables and fruits can last 8 to 12 months in the freezer.

Vegetables should be blanched or dipped in boiling water for a couple of minutes and plunged into an ice bath, and then frozen on a baking tray and transferred to a bag for long-term storage.

For more watery vegetables like eggplant, peppers, onions and tomatoes, there’s no need to blanch. Peppers and onions can be chopped and then frozen, and while eggplant and tomatoes should be roasted off whole and frozen.

“You can extend tomato season all the way through winter,” says Wales. During the summer Wales prefers freezing the tomatoes whole and processing them in the fall when she has “more time in the kitchen.”

“There’s such a finite amount of time in the summer to process an entire batch of tomatoes,” she says. “I’d rather be outside growing and tending to the food than in the kitchen.”

On the other hand, fruit preparation can be as simple as washing and freezing. First, make room in the freezer to accommodate a full baking tray. Then, arrange washed berries or pitted cherries in a single layer and freeze until solid. Transfer clean berries or cherries to a freezer bag or container for long-term storage.

Stone fruits should be pitted, blanched, peeled, treated with Vitamin C (ascorbic acid) to prevent browning and then frozen. Vitamin C tablets can be purchased from your local grocery or health food store. Alternatively, you can make an acidulated water bath from water and lemon juice.

Normally, freezing tomatoes is frowned upon because they lose their unique texture, but since the tomatoes will be used as an ingredient of a recipe, it’s more important to capture the flavor than to retain texture.

Like Wales, Scolaro roasts off whole cherry tomatoes with olive oil, garlic, salt and pepper to use later in winter for hardy recipes like tomato soup with orzo, a concentrated sauce to use on top of pizza and puttanesca, or an Italian sauce made with tomatoes, olives, capers, garlic and anchovies.

Scolaro’s other go-to sauce recipes include roasted red pepper walnut pesto and red Thai curry, which add a hint of brightness at dinnertime during those colder months.

“Cilantro, once cut, doesn’t stay fresh for very long. So, when we have an overabundance of it at Honeybee, I make sure to freeze it for future recipes,” says Scardino.

To do this, she throws the cilantro into a food processor with a touch of neutral oil like grapeseed oil and a squeeze of lime juice. She then freezes the bright green paste in a freezer quart bag from which she can pull off a chunk or two for the following week’s vegan tempeh salad or an upcoming soup or stew.

Another herb worth freezing is summer basil. Rather than making yet another pesto, Scardino prefers freezing the basil whole.

“At the store, there are always a couple of basil leaves that are too bruised or wilted to be sold but are perfectly salvageable for future use for fall soups and stews,” says Scardino.

With the abundance of seasonal fruits, Scolaro recommends freezing off fruits whole and packaging them up in individual bags to have smoothies during the fall and winter months. Need inspiration? Strawberry banana is the standard smoothie, which can be livened up using other seasonal fruits like peaches and blueberries. Or head to Honeybee, which serves exotic smoothie combinations like cucumber, pineapple, mint and lime; or peach, pineapple, banana and turmeric.

“We just had a large shipment of peaches at Honeybee, so I just made a big batch of peach and blueberry crisp,” says Scolaro. She recommends freezing at the peak of freshness now that peaches and blueberries are in-season to use later when you’re craving a warm fall dessert.

For more savory preparations, fruit also can be frozen and used later this fall to make a variety of sauces like cherry coulis for duck and peach compote for pork.

Your freezer may be part of the solution to mitigate food waste, but it also can be an easy means of saving summer produce for the fall and winter months. By preserving the summer harvest or those too-ripe bananas sitting on your counter, you could help reduce the amount of food waste that eventually ends up in landfills.

Short Order On The Rise