Above: The original Stanley’s Tavern in the late 1940’s in North Wilmington.

The bride and groom had their first date at Stanley’s Tavern. And her father met her mother there.

Such connections are common at the landmark establishment.

“They’re not a fluke,” said owner Steve Torpey, whose involvement goes back 48 years. “I hear them all the time. It’s been the meeting place here in Brandywine Hundred since 1935. It’s a friendly, comfortable place.”

The building, at Foulk and Grubb roads, dates to the 1920s, and the first liquor license was issued in 1935 to Bill Patton, for a business called Bill’s Place. Stanley Minakowski bought it in 1947 and renamed it. Bill Brooks bought it in 1972 and doubled the building’s size. It was sold in 1982 to a group of doctors, and Torpey joined the partnership a year later. He bought them out in 2012. All along, there’s been a ham sandwich. The $12 Stanley’s Original is a “½ pound of ham, rye bread, grilled or cold, add cheese if you like,” the menu says.

Stanley’s celebrates its history with photos on the walls that show nearby farmland that’s now suburbia and, befitting a sports bar with 40 television sets, old seats from Philadelphia’s Veterans Stadium and the Spectrum. Then there are photos of athletes who have visited over the decades, plus signed jerseys, helmets and other sports items collected by Stanley’s staff.

“When the Eagles do well, we do well,” he said. “People come here in droves for games, and it even helps our takeout business.” He figures 80% of the TVs show the Eagles when they play, but with so many TVs, they can air every Sunday NFL game, somewhere. “We’re fan-friendly to everybody.” 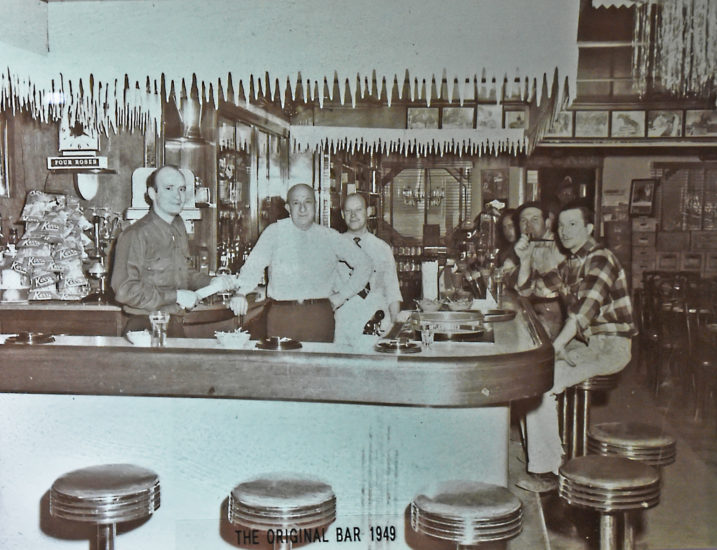 People have been coming to Stanley’s Tavern for decades. A shot of the original bar in 1949.

Appearances by Eagles players and other athletes were more common in the past, he said, but the NFL remains an important draw. As part of the Thursday night games, his pair of Eagles season tickets — lower level, 35-yard line — are auctioned off to benefit the Boys & Girls Club of Delaware. Add in a golf tournament, and Stanley’s has raised $2 million over the last 35 years for the nonprofit, he said.

However, there’s nothing special for Monday night football, because staffing shortages spurred Torpey to close the place on Mondays. Similarly, supply-chain issues in the last few years have been troublesome, encouraging Stanley’s into making their own brisket and corned beef, and devoting the better part of a week to re-create their cornbread when their vendor was AWOL for six weeks.

Problems from the pandemic forced Torpey to end his planned retirement and navigate the recovery for Stanley’s with son Michael, the general manager, and wife Carol, the retired controller.

Although it’s called a tavern, 70% of Stanley’s revenue is in the food, Torpey said. 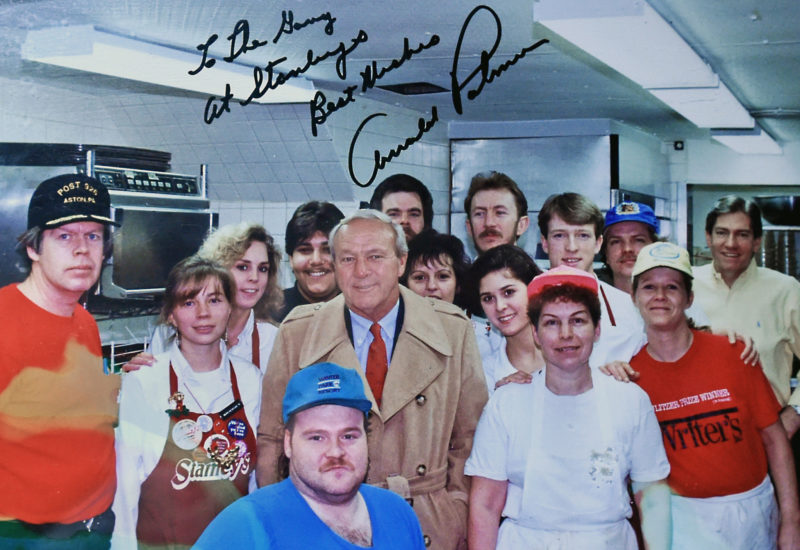 Their best seller is the burger (beef, turkey and plant-based, starting at $12.50), with the build-your-own version offering 29 choices for toppings,  cheeses and rolls (or “on the grass”).

They’re also known for their wings (with a choice of sauces) and baby back ribs (Torpey’s go-to meal), available alone or in six combos, and with four sauces and two dry-rubs.

Their best seller used to be the salad bar, which was a casualty of pandemic cleanliness regimes. The pandemic also spurred Stanley’s to increase social distancing among dining groups, giving it a capacity today of about 300, including its upstairs banquet room, which used to be Minakowski’s apartment.

They set up temporary outdoor dining under a tent in the parking lot, and Torpey plans to by next spring to make that a permanent and nicer setup, under an awning, with planter boxes to define the space and stamped concrete or pavers to upgrade the asphalt. 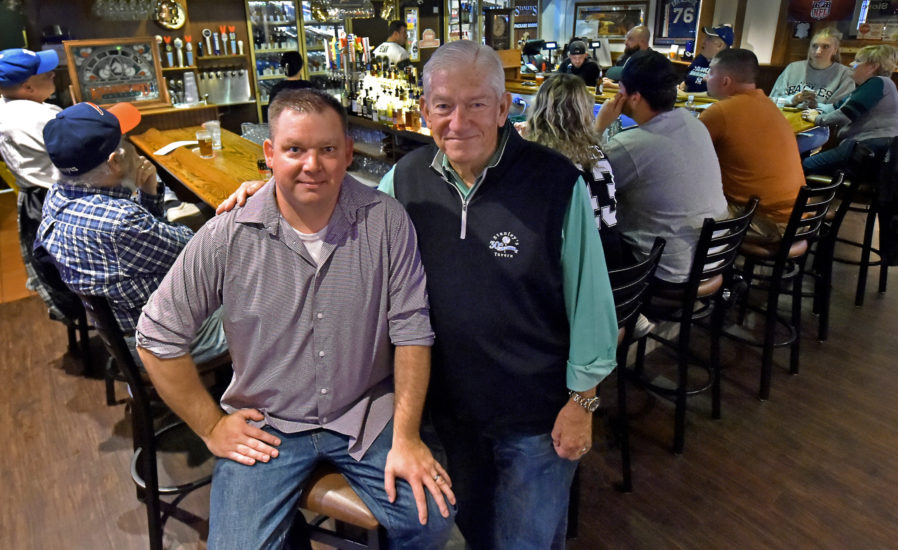 Stanley’s Tavern owner Steve Torpey (right) with son Michael, who serves as general manager for a statt of more than 50. Photo by Butch Comegys.

The menu is filled with classic pub fare, prepared well, and served with a smile. “The staff stays very consistent,” Torpey explained. “So when people come in, they recognize the staff, the staff recognizes the customers, and it’s just that ‘Cheers’ factor, where everybody knows your name and you’re glad you came.”

“We’re one big family,” Sue Lilley, an employee for 35 years, said of the staff. “We take care of each other.” Lilley works front of house, as a server, bartender and banquet room staff. She’s recently widowed and feels that her shifts allow her to “get out of the house and be with people.”

As a tavern, it has a full complement of spirits, including 25 beers on tap, with Miller Lite the most popular, and 10 on rotation. Special events highlight new releases, such as Tröegs’ Mad Elf ale. They sometimes buy extra barrels to age, letting customers compare new and older releases.

“Stanley’s is a neighborhood pub,” Torpey said. “Maybe large for what you think a neighborhood pub is, but that’s what we’re really about: A bunch of really good people trying to serve at the highest quality we can to local people, and it’s become that meeting place here in North Wilmington.”