Mark and Jossy Osborne of Kennett Brewing Co. bring a family philosophy to their brewpub

It’s 2 p.m. on a gorgeous spring afternoon, and the residents of Kennett Square are celebrating the season as vendors set up for the borough’s First Friday Flea Market. But a block way and few steps below street level from Holly Peters’ Oriental Rugs & Home, the proprietors of Kennett Brewing Co. (109 S. Broad St.) are having a small celebration of their own.

From the kitchen emerges one of the brewpub’s crew, proudly bearing a piping hot basket of fried calamari. What might be par for the course at any other brewpub is a milestone here—the newly approved and installed deep fryer is being put to the test by Chef Jesus Rodriguez, and the results look and smell delicious.

It’s a milestone because, really, who doesn’t want a sandwich with a side of fries now and then? And for Mark and Jossy Osborne, who have literally built Kennett Brewing Co. with their own hands, it serves as one more step toward satisfying their growing and loyal clientele in Kennett Square and beyond, as well as bolstering the borough’s growing reputation as an oasis for beer lovers and foodies alike.

But the story behind Kennett Brewing isn’t just one of another successful beer purveyor in the neighborhood; it’s about the couple parlaying a love of home brewing, a hands-on ethos, a reputation for hospitality and the successes of more than three decades of marriage into a thriving gathering spot and committed social partner.

Cheaper to Brew Your Own

Mark Osborne marks the beginning of his homebrewing journey with his first taste of Fegley’s ESB in 2005, while he was visiting one of his daughters when she attended Lehigh University in Bethlehem, Pa.

“And it was a revelation. I thought, ‘Oh, my God, I never really cared that much for beer, but this is what beer should taste like,” he says. “And being cheap, I said, ‘I’m not going to pay $40 for a case of beer, so I’d better learn how to make this.’”

He began with a cross-section of beers that he enjoyed, striving to master each with the patience of someone old enough to know that the best results aren’t always immediate.

“A lot of young brewers, they swing for the fences. They want to hit it out of the park,” Mark says. “But of course, anybody knows that the thing to do is to master one style, whether it’s a German pilsner or an English bitter, and then see if you can repeat it. Once you can repeat it, you’ve learned something. Once you have some experience, then you can experiment with blending some different styles.” 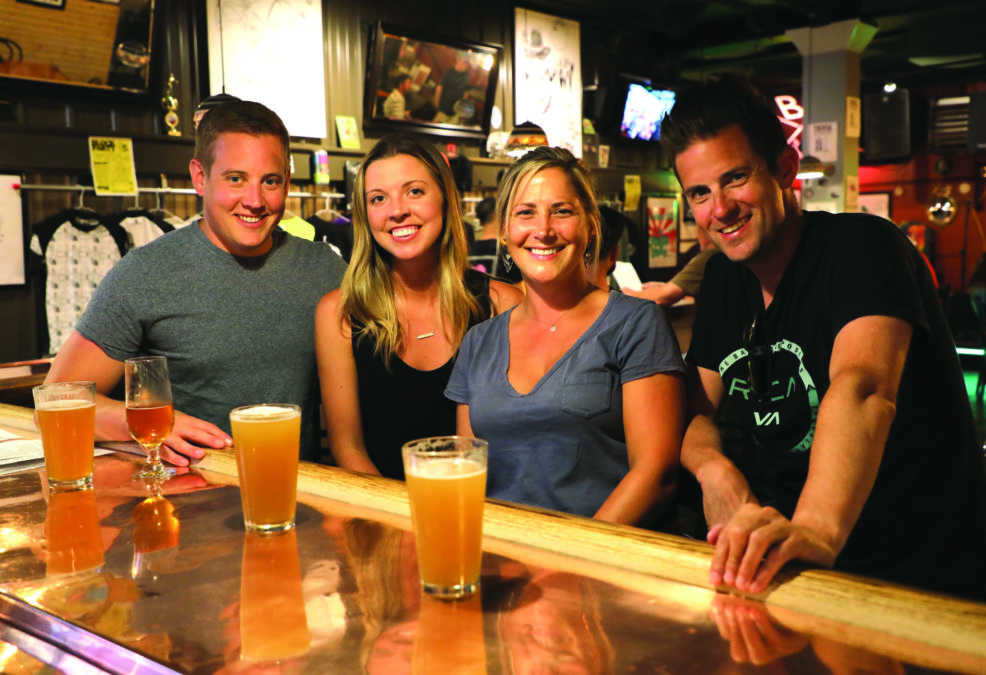 His results garnered complimentary reviews, some suggesting he put his skills to work by opening a brewpub near their home in Little Britain in Lancaster County, Pa. But Osborne never felt the demographics were right. “I always said that if I started something like this it would be no further west than Kennett Square.”

A History of Hospitality

But what led the Osbornes to make the jump from home brewing to trying to find a home for their brewing? Mark, having spent most of his life either in farming or construction, was looking for a lower impact line of work to carry him toward retirement age. Together with Jossy, who’d focused on raising their family as a stay-at-home mom, they’d fostered a reputation for hospitality, a home where all the friends of their four children wanted to hang out. They’d also developed sophisticated palates as home cooks.

When they started looking for a place to set up shop, they had only two criteria. “We drove around with a real estate agent looking basically for gas meters on the side of the building and decent parking nearby,” Mark says.

And though the spot Kennett Brewing Co. now occupies is technically the ground floor of its building, the entry a few steps below street level, guarded by the brewpub’s signature hop skull logo, gives the spot a decidedly speakeasy-like vibe. Inside, anywhere you look is probably something Mark built with his own hands, including the reclaimed pine tables and the bar itself.

“We’re lucky because this is such a perfect building and our landlord was so gracious in letting us put not just a brewpub, but a restaurant, in her building,” Jossy says. “It’s a perfect spot—in town but not right there in that main spot, so we have a big parking lot behind us and it really has worked well.”

What has also worked out is the relationship between the borough and the brewpub, thanks primarily to a commitment to community outreach that Jossy spearheads. In late May, the Osbornes sponsored a 50-mile, five-bar bike rally with proceeds from the $50 entry fee for 70 riders, plus the food donations that were an additional requirement to participate, going to the Kennett Food Cupboard.

“Kennett is an amazing town, and they do a lot of good work, so just to be able to be a little part of it is rewarding,” Jossy says. “Since I was a stay-at-home mom, I did do a lot of volunteering, so I just use that here.” 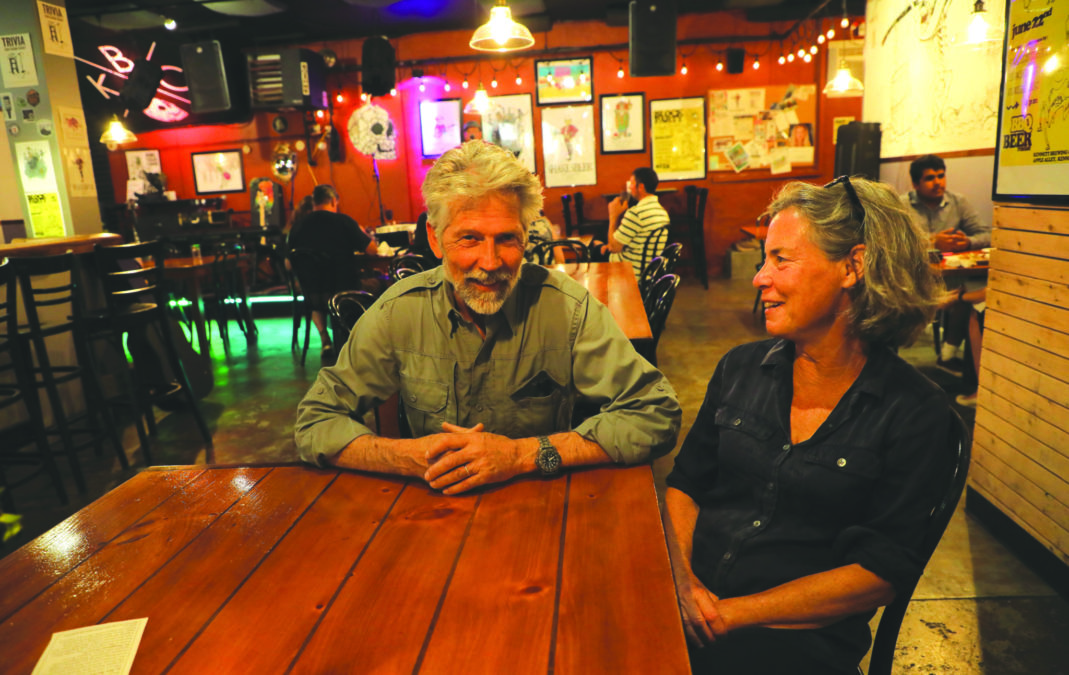 Other events include the monthly “Shakesbeer” gathering of fans of the Bard, live poetry and literature readings, open mic nights and a regularly rotating roster of live music.

“The key to the whole success has mainly been her outreach to the community,” Mark says of his wife. She adds that nothing prepares a person to manage others like coordinating the life of a large family while also making their friends feel welcome.

It’s a philosophy that carries over into their work life, Jossy says, noting that with both of them having exhausted their need for the types of recreation many folks pursue as they approach retirement age, they’re free to focus on the pleasures of working in a place that allows them to share what they’ve created with customers that represent a wide range of ages.

And having a great marriage hasn’t hurt, either.

“The best thing is that you are like my rock and calm me down if I’m emotional,” Jossy says to Mark. “We’ve been married 33 years, so we kind of know each other.”

“And I defer to her on all the things I’m reluctant to deal with, which is a lot of things,” Mark says, laughing.

Sums up Jossy: “And that works well.”

This Month at Theatre N