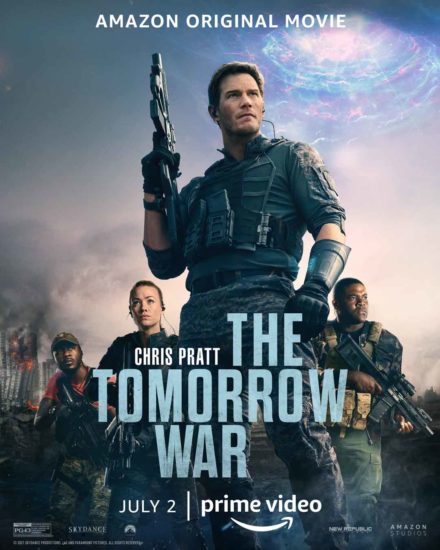 The Tomorrow War has an interesting time travel premise (future soldiers come back to present day to draft fighters for an all-out alien invasion), and it showcases some impressive CGI battle sequences and creature effects. But, unfortunately, the movie also features some of the most hackneyed dialogue I’ve ever heard, almost like the script was comprised entirely from dialogue edited out of other, better movies. Chris Pratt proves a credible action hero, and J.K. Simmons and Sam Richardson are appealing in secondary roles. Still, this new Amazon feature does little to advance the genre or keep an avid fan’s interest between attacks.

The More The Merrier