Above: Black Foxes will be one of 24 films presented at the Diamond State Black Film Festival. Photo provided

The plight and struggles of African Americans and the community’s story” are front and center in the upcoming Diamond State Black Film Festival, according to Kevin McAllister, president of the Gamma Theta Lambda (GTL) Education Foundation, which is organizing the event.

The festival features 24 films and at least three seminars Sept. 15-17 at the Penn Cinema on the Wilmington Riverfront. Day passes are $25. The closing awards reception is $75. The $100 all-access pass includes the opening reception (at Penn) and closing reception (at the Delaware Contemporary). Details: DiamondStateBFF.com

“We identified a gap in the cultural marketplace for Black films,” McAllister said, noting that improving the area’s culture has been part of the foundation’s mission for more than 20 years.

The festival opens Sept. 15 with three films with Delaware connections. The program starts at 6 p.m. and will feature Q&As with the filmmakers.

• Once a Hornet, Always a Hornet is a seven-minute Emmy-winning documentary by Delaware State students about the university football program, through the experiences of coach Rod Milstead.

• Birth of Destruction is a six-minute narrative short written and directed by Delawarean Gary R. Jones. The tease on Facebook: A woman who’s four months pregnant wakes up, tied to a bed and surrounded by four strangers, who say she’s about to give birth.

• From Slavery to Freedom: A Reel to Reel Perspective is a 35-minute documentary directed and produced by Delawarean Michael J. Dennis, founder of Reelblack, which aims to “educate, enlighten, entertain and empower people through Black film.” In it, film historian Charles Woods explores the depiction of slavery in American movies. 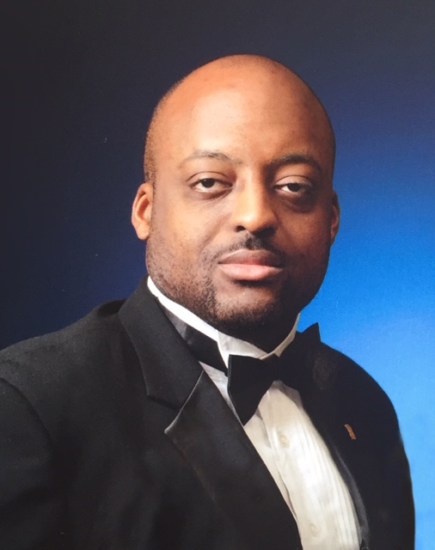 The festival resumes noon-10 p.m. Sept. 16 with more films and its first workshop. Sept. 17 events start with screenings at noon and end with an awards reception at 6 p.m.

Three seminars are so far scheduled, McAllister said, and they’re working on a fourth.

One is on screenwriting and pitching, with DSU alumnus Eric Dickens, director of digital ad operations at the Northstar Travel Group. His career includes work at AT&T, NBCUniversal, MTV and Turner Broadcasting. His credits include writing a 2021 TV movie called Someday at Christmas and executive-producing, writing and directing 25 episodes of Makeup X Breakup, a web series.

A second seminar covers the film business, such as tax credits. (Delaware’s Legislature this year debated such credits.) The third is from festival co-sponsor Capital One on lending and credit.

The festival sought submissions by Black, African American, Latino, Asian, Native American and Pacific Islander filmmakers and works featuring people of color in the cast, but McAllister said all submissions were from Black filmmakers.

One winner on this year’s festival circuit could be a highlight. A Woman on the Outside follows Philadelphian Kristal Bush, “who saw nearly every man in her life disappear to prison,” Deadline.com wrote. She helps other women make prison visits. “It’s positive and hopeful,” McAllister said.

In the future, he said he hopes to run quarterly programs “to get the buzz up for sixth- through 12th-graders” who were invited to submit for this festival — but none did.

A Change of Pace