City Theater Company is debuting its partnership with The Delaware Contemporary with a musical called Once, and leaders of both institutions hope the partnership goes on many more times.

“The sky’s the limit for what we can do,” said Kerry Kristine McElrone, artistic director for City Theater. “Our hope is that this is Phase 1, and Phase 2 and Phase 3 involve working on building a better and maybe bigger space — and a space for other arts organizations to use.”

In a separate interview five days later, Tatiana Michels, director of business advancement for the museum, echoed that feeling. “It’s a blank canvas, a black box for any organization to use for more intimate performances,” she said. “The sky’s the limit.” 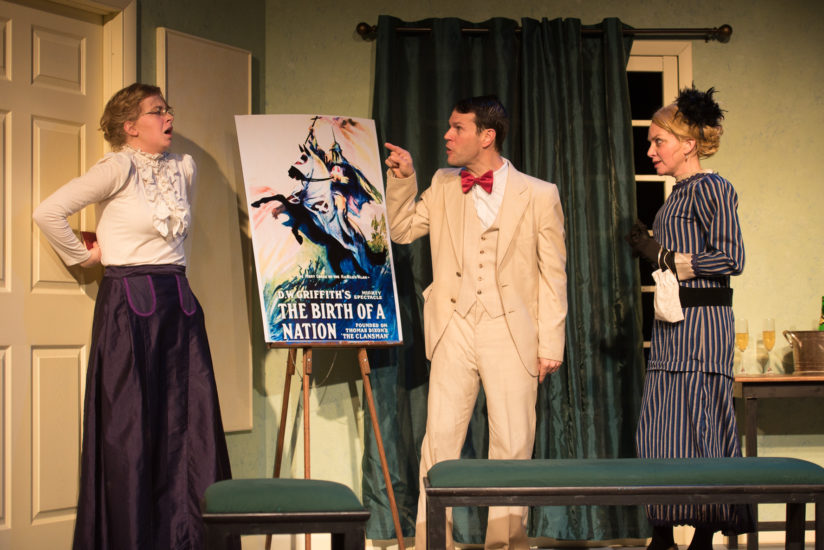 Dylan Geringer, Jim Burns and Kerry Kristine McElrone in a scene from the David Robson play, After Birth of a Nation. Photo by Joe del Tufo

Tina Betz, director of the mayor’s office of cultural affairs in Wilmington, said that she suggested the arrangement. “This is perfect,” she said. “It could be the beginning of lots of creativity.”

Since its 1993 founding, CTC has performed at various sites in and around Wilmington, including multiple stints at OperaDelaware Studios and the Grand. Performers often rehearse in different spaces, meaning they must adjust when they arrive at their performance venue. Costumes, platforms and other material are stored in New Castle.

All that moving around is somewhat inefficient. So, CTC used the pandemic shutdown to find a better space.

“We needed some different things,” McElrone said. “Money is obviously a factor considering what we need and what we net.” The group, which calls itself “Delaware’s Off-Broadway experience,” pays stipends to all performers and backstage people.

Guests get a preview of the new Black Box theater in The Delaware Contemporary.

CTC signed a three-year lease with The Delaware Contemporary. The lease lets the group rehearse and perform in the Wings Foundation Auditorium, which is shared with outside rentals and museum programs, such as artist talks, lectures, discussions and an annual symposium.

Some financial issues are still to be decided, McElrone and Michels said, including whether to offer naming rights to the auditorium, how to split concession revenue and creation of a joint membership.

When the two organizations announced the arrangement in September, they said the partnership offers “an opportunity to collaborate.” The first collaboration will be Feb. 26 with a museum fundraiser called “ART pARTy.” Interactive work by CTC that will debut that night will perhaps surprise supporters in the galleries, Michels said. The work also will explore different ways to tell a story, which echoes the museum’s winter-spring theme of NARRATIVES: Let the Stories Begin.

At the Delaware Contemporary, CTC also plans to host monthly performances of Fearless Improv, its improv troupe, and in the spring will host its annual Tax-Free Comedy Festival, which brings in comedians and improv groups from around the country for performances and workshops. 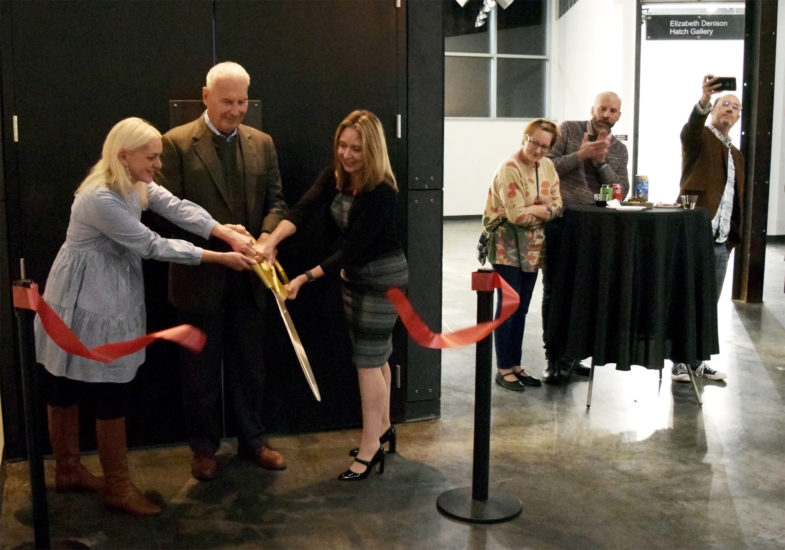 Once, which runs Dec. 10-18, won the Tony for best musical in 2012. It features 12 performers/musicians and a child actor. Up next spring is Blues in My Soul, a musical by Delaware playwright David Robson that City Theater workshopped.

The auditorium’s lighting and sound were upgraded with a coronavirus relief grant. It’s called a black box because it’s completely customizable for arranging the performance areas and the seating, aside from a 10- by 16-foot video wall of 16 screens and what Michels called a crow’s nest for lighting and sound equipment and operators. The 44- by 33-foot space has a fire department capacity of 120.