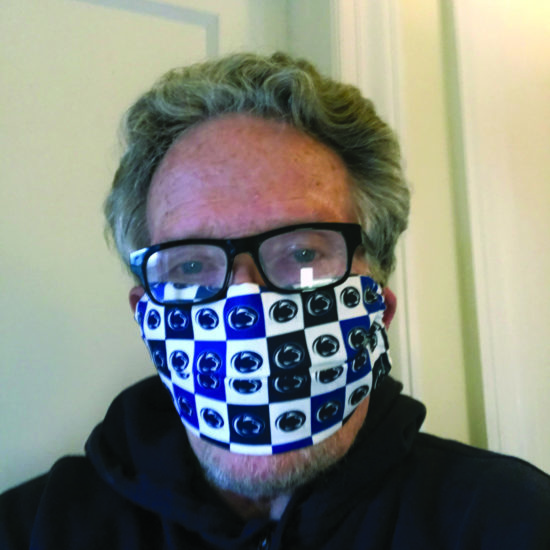 First, we have a trifecta from the USA Today sports pages:

• Dan Wolken: “Meyer might be as good of an NFL coach as he was in college . . .” The unnecessary and inelegant “of” crops up all the time in phrases like this.

• Mark Medina:  “Nelson’s affinity for Popovich stems back from when he worked as one of Nelson’s assistant coaches . . .” Stems would’ve sufficed, Mark.

• Meanwhile, over at the Philly Inquirer, Jeff McLane gifted us with this: “Reid . . . suggested then that divergent thinking among decision-makers had partly attributed to the Eagles’ regression.” That’s contributed. Surprising. McLane is a talented, literate writer.

• Christopher Lu, Senior Fellow of the University of Virginia Miller Center, while commenting on the federal stimulus program on MSNBC, used irregardless twice. Dictionaries may call it “a nonstandard synonym for regardless,” but I call it a non-word. And it certainly shouldn’t be used by a man with degrees from Princeton and Harvard.

• Kentucky State Sen. David Carroll, in an email to CBS: “After looking at you’re headline, I don’t think I have anything to say to you . . .” The Republican is another person who is confused by your (the possessive, appropriate here), and you’re, the contraction meaning “you are.”

• A reader reports that President Biden uttered this on CBS: “The former administration  wrecked so much havoc.” The correct phrase is “wreaked havoc.”

A submission from reader Scott Matthews leads us to a discussion of the tricky subject of irony. Too often, writers mistake coincidence for irony. Scott submits an example from the sports pages of the News Journal. In the University of Delaware’s spring football game against Maine, UD running back DeJoun Lee returned the opening kickoff 87 yards for a touchdown. The TNJ writer called it ironic that the last time Delaware had returned an opening kickoff for a TD was 87 years ago. As Scott points out, there is no irony here, only coincidence.

There are several definitions of irony, but perhaps the simplest is “an event in which what on the surface appears to be the case or to be expected differs radically from what is actually the case.” A couple of examples from the internet may help:

• Someone who talks a lot having nothing to say when asked a question.

• A whaling ship being used to save marine animals after a tsunami.

For more, go to the irony website: Isitironic.com. There, you can ask questions about irony and even submit your own example. Fans of the website can then vote on whether it’s ironic or not.

• TNT NBA analyst Kenny Smith commenting about the show on which he appears, Inside the NBA: “We can never be recreated or reduplicated.” Kenny should’ve stopped at “re-created.”

• A radio network report on Airbnbs stated that “many are looking for alternative options.” Pick one, please – alternatives or options.

A submission from reader Larry Kerchner makes a case for the Oxford comma. Also called the serial comma, it precedes the conjunction before the final item in a list of three or more items. Larry points to the menu at an area pub that lists this: INCLUDES BRIOCHE BUN, PICKLE & KETTLE CHIPS. “What is pickle & kettle chips?” asks Larry.  Clearly, a comma should follow pickle in this item.

USA TODAY’s Andrea Mandell, in story about Naomi Watts and her latest movie, Penguin Bloom: “Bedridden with depression, the film catches up with Sam (Watts’ character) as she struggles to accept her new reality.” It was Sam who was bedridden, not the movie.

From The Publisher: Service With A Smile