With its final Rare Plant Auction set for April 25, the Delaware Center for Horticulture continues to demonstrate the power of plants

How do you get people excited about plants? This question has been the challenge for the Delaware Center for Horticulture ever since it was formed in 1977 by a group of volunteers. Back then, it was known as The Wilmington Garden Center and was located on Market Street. An open courtyard next to the Center was used to sell plants to the public.

The excitement factor got a big boost in 1981, when Sir John Thouron, a renowned Pennsylvania gardener, donated a Clivia miniata var.citrina, a rare South African flowering plant. This act of generosity became the inspiration for the very first Rare Plant Auction. The clivia sold for an astounding $1,700 and the plant has become a recurring theme for the event.

The fundraiser and auction grew through the years, eventually being held at the Delaware Museum of Natural History, and, since 1987, at Longwood Gardens.

Despite that growth, on Saturday, April 25, the DCH will host its 40th & Final Rare Plant Auction at Longwood. Attendees can mix and mingle with celebrated plant experts Rick Darke and Melinda Zoehrer, and view hundreds of rare plants during the evening’s two silent auctions and one live auction. The live auction will be moderated by Tony Avent of Plant Delights Nursery in Raleigh, N.C. Proceeds will directly impact DCH. 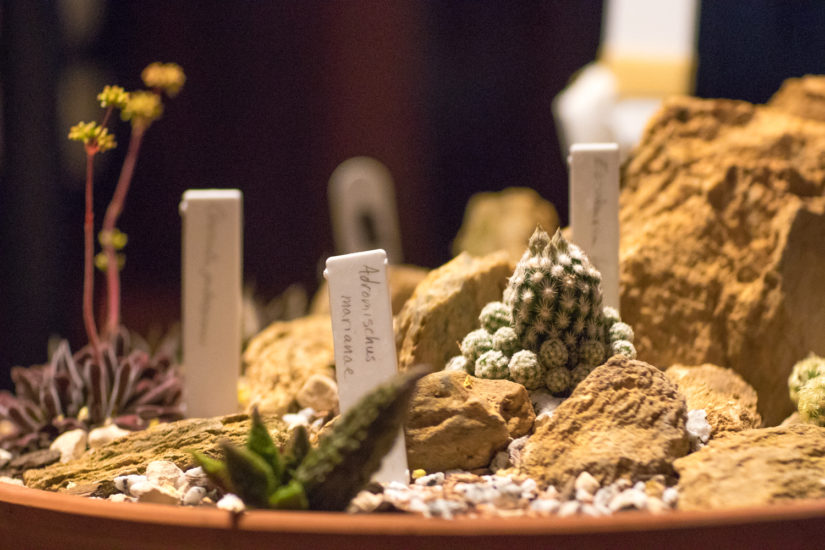 The auction will include tropicals, perennials, small trees and shrubs. The live auction will feature 10 rare plants. Photo courtesy of the Delaware Center for Horticulture

“It supports all of the greening and education work that we do, things like urban and suburban tree planting, the E.D. Robinson Urban Farm at 12th and Brandywine, public landscapes, and even our Branches to Chances program (see below), which accepts applicants who are unemployed, underemployed and/or previously incarcerated and places them in jobs in the industry,” says Marcia Stephenson, Director of Advancement at DCH.

Stephenson says that in the early days, many plants for the fundraiser were sourced from people’s gardens, and volunteers also made trips to nurseries to solicit donations of plants. Now the nonprofit has a plant selection committee of 15 people with expertise who work at horticultural institutions.

“They volunteer their time and use their connections in the industry and solicit donations of plants,” says Stephenson.

At this final auction, there will be a vast variety to choose from, including tropicals, perennials, small trees and shrubs, splendid specimens (large trees and shrubs) and potted plants in large containers or troughs. The live auction—which is returning after a three-year hiatus—will feature 10 rare plants.

All the plants will also feature a “buy it now” option, so people who see something they really want will need to act fast. People who come to pick up their plants the next day can often score a deal on any of the remaining plants that didn’t sell the night before.

“The day before the event, 40 volunteers do the staging and the night of auction another 40 volunteers are plant handlers,” she says. “There are 19 plant experts at the auction to help.”

DCH is the one of few  nonprofit membership organization in Delaware that mobilizes and inspires community greening statewide in urban and suburban environments. And while the Rare Plant Auction has been an extremely significant fundraiser, Krishnamurthy says DCH is starting to look ahead to what is next.

“Forty years for any nonprofit to put on a fundraising event is unheard of and we want to go out on a high note,” he says. “But our audience is changing, and we are assessing and strategizing on how to engage younger people.”

He says environmental fluctuations such as climate change, stratospheric ozone depletion, changes in ecosystems and urbanization are influencing DCH. “It’s not just about collecting rare plants; it’s about finding solutions to certain environmental changes. Plants can play a really important role and the younger generation are really interested in these topics,” he says.

Stephenson feels that the end of the Rare Plant Auction will allow the center to focus on a number of blossoming events.

“We’re not leaving the Rare Plant Auction audience behind,” she says. “We will host smaller events to attract people to the Center.”

One such occasion is Dance for Plants, scheduled for Friday, Sept. 25, at DCH. It will feature music, food trucks, beer and lawn games. “It is moving the needle in the right direction,” says Krishnamurthy.

Tickets for the Rare Plant Auction start at $200, and include a copy of a Collector’s Magazine, access to hundreds of rare plants, day-of-event access to Longwood Gardens, an open bar and fine food throughout the night, as well as valet parking. Every ticket holder will also go home with a plant. For more information and to purchase tickets, visit thedch.org/rpa.

About Branches to Chances

Branches to Chances is a return to work program sponsored by DCH that accepts applicants who are unemployed, underemployed and/or previously incarcerated, and places them in entry-level positions in the horticulture industry.

The program is heading into its 12th year, and DCH has increased the total number of graduates from eight to 12, which will include a combination of participants in DCH-employed, seasonal positions and those who pursue post-program employment through job placement.

The full program season is structured as 200 hours of classroom and hands-on training from March to May, including an experimental learning opportunity with DCH or industry partner.

Participants are recruited through criminal justice and corrections partners, work release programs, direct referrals from individuals and social service/direct service providers, through professional greening partners and Branches to Chances alumni. DCH interviews up to 30 candidates and hires trainees following a hands-on job shadowing assessment. Upon graduation and based on the externship experience, trainees have the opportunity to be employed by either DCH or an industry partner.

“Graduates have gained employment at Atlantic Landscapes, The Davey Tree Expert Co. and the City of Wilmington,” says Stephenson.

As of May 2019, 83 men and women successfully completed Branches to Chances training, and have been placed in horticulture jobs and careers. At the end of this year’s session, close to 100 graduates will have gone through the program. And with sustainable horticulture becoming more prominent with its use in green technology solutions, Branches to Chances graduates are obtaining marketable knowledge and skills in a flourishing industry, making them appealing to local employers.