Above: Delaware YMCAs are steadily regaining membership, which dropped 50% during the pandemic. Photo by YMCA of Delaware.

“Human beings want to be around other human beings,” he says.

That simple philosophy is a major reason why fitness centers around the country, including in Delaware, have made a strong recovery from the trials and tribulations of the COVID-19 pandemic. The isolation forced on people by COVID made them realize that it’s more fun to sweat with friends than to do it alone at home.

Like just about all businesses, fitness centers suffered during the pandemic, and they suffered more than most since they are places where people get together in close quarters and huff and puff as they sweat through their workouts — not the ideal setting in a world where everyone was frantically trying to avoid a highly-contagious disease.

At the same time, the sales of workout-at-home programs and equipment soared during the height of COVID, especially for the top dog in the business, Peleton.

Now, with COVID mostly in the rear-view mirror, the once-dormant fitness centers have come back to life. That includes the eight YMCAs in Delaware, which lost about 50 percent of their membership during the pandemic.

“We’ve grown our membership back to 70 percent, which is pretty significant progress,” says Royster, the CEO of YMCA of Delaware. “Nationally, it’s around 60-80 percent of 2019 enrollment numbers, and I think we can safely grow back to 80 percent with hard work.”

Planet Fitness is one of the most well-known fitness chains and it has 10 franchises in the three counties in Delaware. Even an established and successful corporation like Planet Fitness felt the pinch during the pandemic and some of its stores around the country had to close. Now, for the first time since then, it has had three straight quarters of positive membership growth, and company CEO Chris Rondeau recently said Planet Fitness has recaptured 97 percent of the members it lost during COVID.

Another indication that fitness centers are rebounding has been the recent drop-off in sales of at-home equipment, and even industry giant Peleton hasn’t escaped that decline. In 2020, Peleton sales went up 66 percent. This past year, revenue has fallen 28 percent, from $936.9 million to $678.7 million, and total member count has dropped by 143,000, to 6.9 million.

A big reason for the drop in Peleton membership is that people want the social aspect that comes from working out with or around other people at a fitness center or gym, and you can’t get that from some stranger on a computer screen in your living room.

CoreTen Fitness on Orange Street in Wilmington caters mostly to business people, including out-of-staters who want to work out while they’re working in Wilmington. So, its business took a big hit during the pandemic as business travel virtually stopped and even local businessmen started doing business virtually from home. 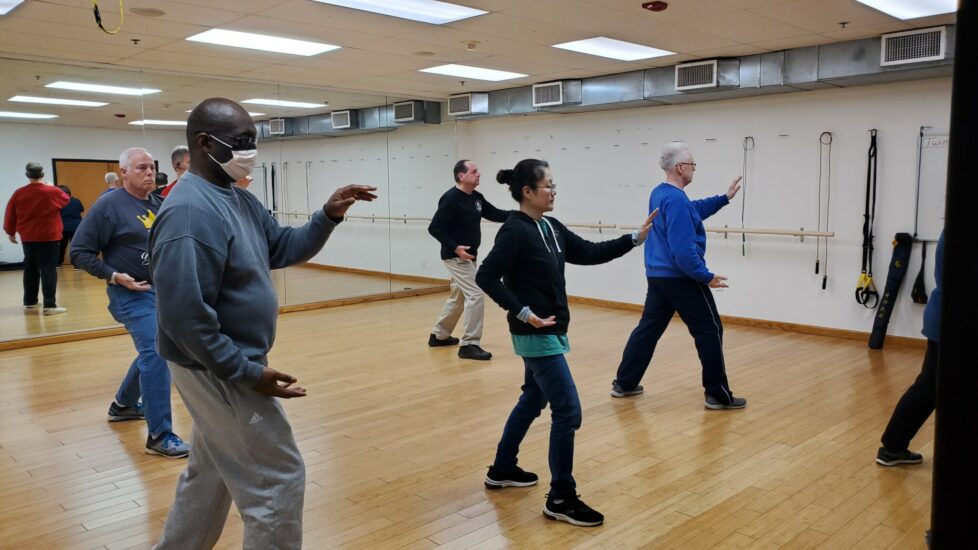 “Those people who worked from home remotely also worked out there and they spent a lot of money on home gyms. I know I did,” says Rebeca Reyes, general manager and fitness trainer at CoreTen Fitness. “People spend thousands of dollars on home gyms and they want to get their money’s worth.

“At the same time, we’ve discovered that a lot of people who worked at home for two years want to be around other people, they want to get out of the house,” Reyes adds. “Pretty much everyone who works out here has a Peleton or something similar at home, and for the most part it’s getting dusty while they use the exact same equipment here.”

Charlotte Maher runs Fit Studio on Rockland Road in Wilmington, and she says that pre-pandemic she had classes in the morning, early afternoon and evening, and her regular customers got to know and like each other. Then COVID hit, classes were cancelled and those people lost touch.

“I’ve had them tell me that they missed the camaraderie they felt when they worked out in a group,” she says. “It was really refreshing when people came back and saw their friends for the first time in a long time. Let’s face it, it’s boring riding a bicycle by yourself and they enjoy the socializing aspect of it.”

Royster believes there’s another reason why people like to be around other people at the gym.

“It motivates them when they’re around others,” he says. “A lot of people thrive because of that. They need something or someone to push them, and that’s not something you can replicate at home.”

New Ways in a New World

The pandemic forced everyone to do business differently and fitness centers had to adapt to changing times, which was especially challenging because the changes were so unexpected. At the time, nobody knew how bad the pandemic would be or how long it would last. All they knew was that their livelihoods were being jeopardized and there was no guarantee things would ever get back to normal.

“We obviously weren’t bringing in the same revenue, so we had to come up with a plan,” Maher says. “The first thing we did was make sure we stayed in contact with our clients and made it possible for them to still [work out]. We did a lot of Zoom training and a lot of outside training. I even met with people at their homes or at a park — we did what we had to do to keep moving.”

That included things like installing hand sanitizing stations, spending even more time and effort than usual cleaning facilities to make everything as germ-free as possible, and finding enough space to keep people from close contact. It even meant seemingly minor things, like having clients bring their own towels to workouts instead of supplying them as they did in the past.

But Maher says none of that would have been possible if her business hadn’t qualified for relief money from federal and state government.

“That saved us until things got back to normal, or at least close to normal,” Maher says. “That supplemented our payroll and allowed our trainers to make a living even though they weren’t working as much as they had.

“There was a lot of paper work involved with that,” Maher adds with a laugh. “But it was worth it to stay alive, because I love what I do and I love my business.”

Fitness centers have also realized they can’t just wait for old members to come back or new members to join. They’ve had to be pro-active and market their product for a not-so-brave new world and assure people that it’s safe to return to the gym.

“We know the business has changed and we know we have to change with it,” says Reyes of CoreTen Fitness. “At the same time, we’ve been successful for a reason and we don’t want to lose track of that. I think everyone is kind of walking that fine line. 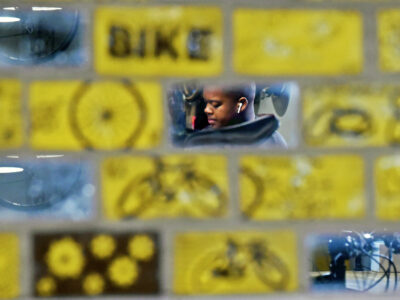