Tasties 302 owner Barbara Devan talks candidly about opening in a pandemic, the protests, and the challenges of being Black in America

It’s a Saturday afternoon in mid-June on Market Street, and the take-out line for Tasties 302 flows through the front door and out onto the street, 15 customers deep.

By the look of it, Wilmington’s newest soul food restaurant does not have a problem attracting customers. That doesn’t mean it’s been all smooth sailing, either.

Only nine days after the COVID pandemic pushed Delaware to halt restaurant dine-in service, Tasties 302 held its grand opening. Then, just two-and-a-half hours into the March 25 take-out-only event, the restaurant was forced to temporarily shut down by the Wilmington Fire Inspector.

“I didn’t know I had to have the fire department come and do walk-through [beforehand],” says owner Barbara Devan. “I had 100 or so people out here. It was the most embarrassing thing ever.

“But one thing I can say [is that] the Department of Licenses and Inspection and fire department helped me out so much to get me reopened fast. I really, really have another level of respect for the City of Wilmington, because they were really behind my back. 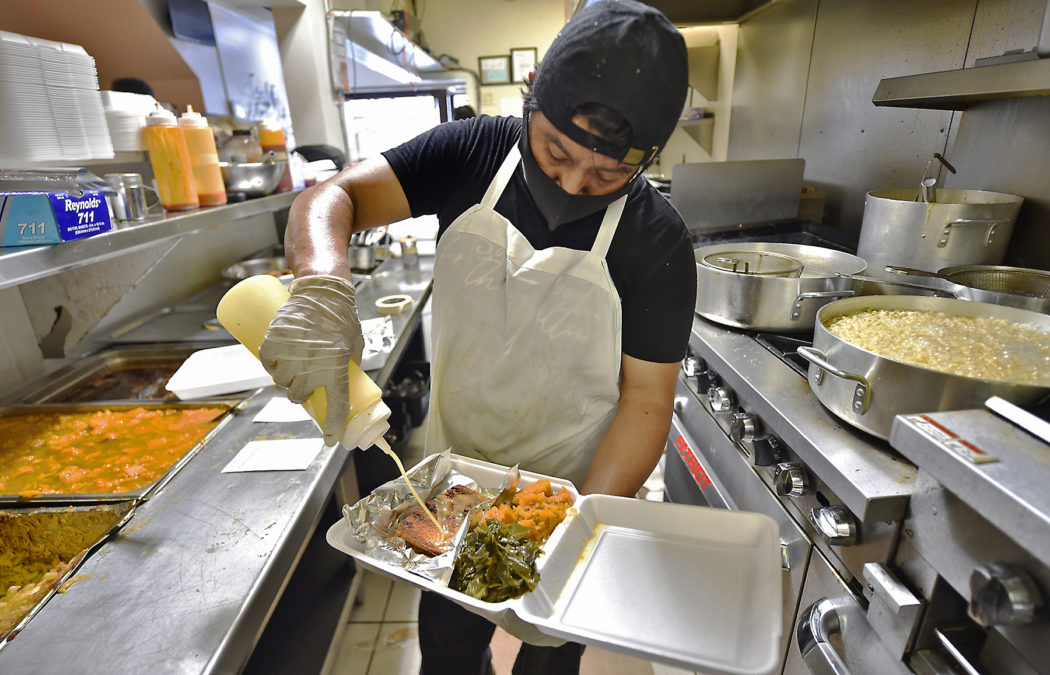 “They were like, ‘We are going to help you as much as we can.’ It was all very, very overwhelming with so much support.”

Devan has been a Delaware resident for 13 years. Before opening the Market Street location, she had been commuting to Philadelphia for eight years, where she has two Tasties locations, in West Philadelphia and Germantown. Both casual eateries operate similar to the one in Wilmington, offering traditional soul-food items such as fried chicken, wings, baked mac & cheese, and collards.

Next to the original Tasties location in West Philadelphia, she added a fine-dining version in 2018.

“The store next to me went up for sale,” Devan says, adding the situation provided the opportunity to do something different. In addition to elegant light fixtures, posh furnishings and a cocktail bar, the newer location in West Philly offers higher-priced entrees such as fried lobster, beef short ribs and lamb.

Although Devan was open to new ideas, she had not seriously considered opening one of her Tasties-brand restaurants in Wilmington until recently. She admits it was her son’s idea. He had been persistent for years.

“I was looking towards Newark,” Devon says, “But my son said, ‘Let’s just try Wilmington. It’s a mixed community, urban.’ So we went downtown, and then I just fell in love with the area.

“Only Time Can Tell”

The pandemic presented its own challenges for a newly opened business. Then came the night of Saturday, May 30.

As was the case in many cities and towns across the country, a protest had been held in response to the death of George Floyd, the Black Minneapolis resident killed while being restrained by White police officer, Derek Chauvin, during an arrest attempt on May 25.

Following the otherwise peaceful protest—which moved from Rodney Square to I-95, then back again—a mob of angry people vandalized and looted more than 50 businesses in the downtown area.

“I was there to witness it on my own, in the midst of a rally that turned into a violent rally,” Devan says, who adds she was thankful her restaurant was spared from the mob.

Devan describes the violence and theft as being a negative response, believing the backdrop of the pandemic created a baseline “level of frustration,” with people out of work, having little or no money, and suffering from the anxiety, uncertainty and isolation the disease has caused. 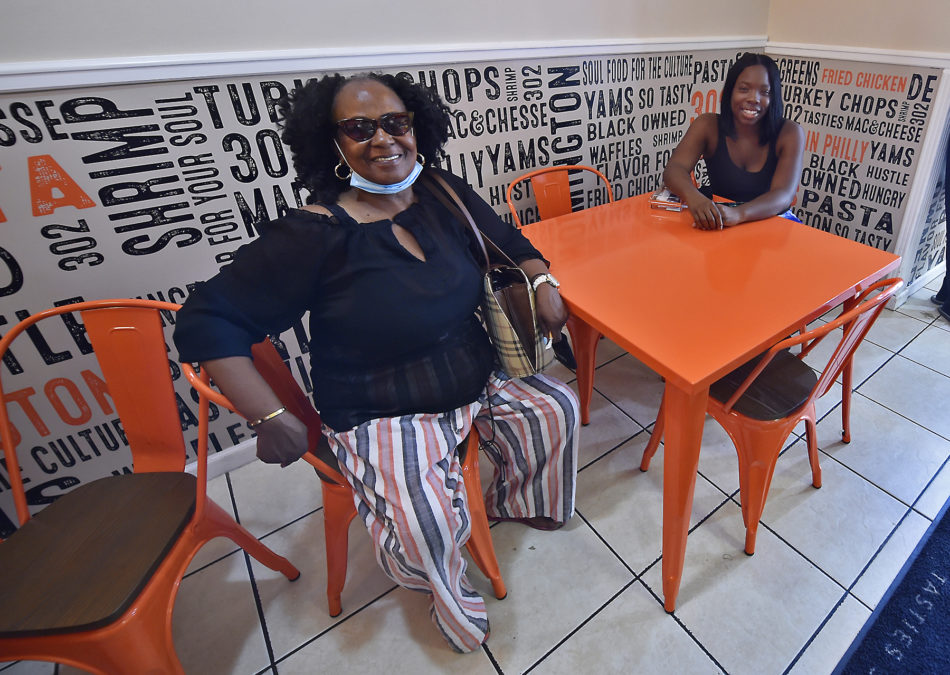 She says she relates to the issues of social inequity and justice reform, which have fueled protests across the country—and perhaps contributed to the anger on the night of the May 30.

“Everyone is frustrated,” Devan says referring to her experiences being Black. “We go through a different type of level of life that other people don’t. We’re frustrated, we’re angry and we’re getting abuse [with] no justice behind it. How can the police officers keep hurting us [without] even getting charged right away? It’s just not right.

“Just because of the color our skin, it’s like we’re always get treated a different way. I have White friends. I’m not racist. I’m not one of those women that don’t like White people because of what they did to us or what they’re still doing to us.

Could restaurants, like her Tasties 302, perhaps serve a role in all of this? Might the places that traditionally bring people together to celebrate birthdays, anniversaries, graduations and job promotions also be places where people from different backgrounds—Black and White—come together more often than they do?

A Love for Cooking

History has had its share of lessons for Devan. You could say her family’s history laid early groundwork for her Tasties enterprise. The menus at her restaurants have roots in her past.

“It comes from always being in the house with my grandma cooking and my mom cooking Southern food,” Devan says. “I just gravitated to that and ended up making a career out of it.”

“She always made homemade biscuits, baked macaroni, collard greens, candied yams,” Devan points out. “Everything I’m cooking right now—besides my pasta—is something that she actually [cooked].”

Nowadays, Devan finds that, between four locations, she’s managing more than cooking, which is a big change from when she first started. And the future could offer even more changes in her role.

“I’m still working extra, extra hard until I end up branching off and franchising one day,” Devan says. “But my goals for franchising are basically [hiring] a big management firm. We would still own Tasties and just have the management firm run [them].”

From The Publisher: Are You Listening?