In the summer of 1969, tens of thousands were groovin’ on Max Yasgur’s upstate New York dairy farm to the songs of Janis Joplin, Grateful Dead, Creedence Clearwater Revival, and Jimi Hendrix at the Woodstock Music Festival. That festival, with its accompanying soundtrack album and award-winning documentary, has passed into the realm of legend. In fact, Rolling Stone named it as one of the 50 moments that changed rock history. 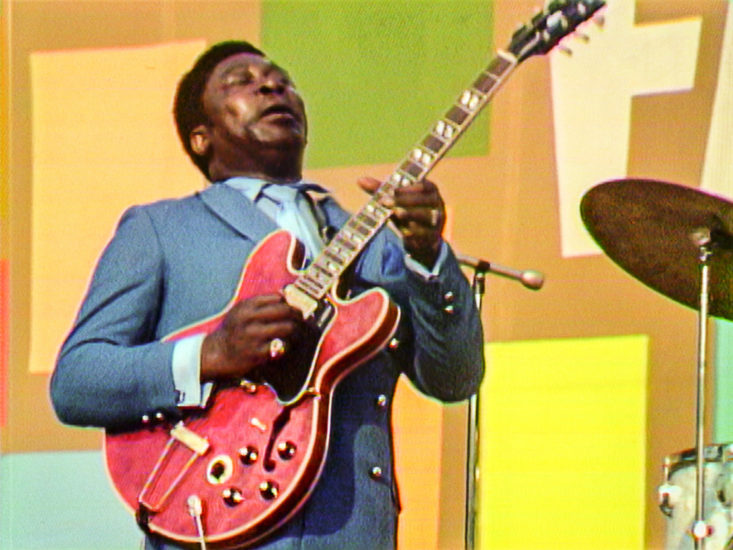 B.B. King performing at the Harlem Cultural Festival in 1969, featured in the documentary SUMMER OF SOUL. Photo Courtesy of Searchlight Pictures.

That same summer, similar numbers of people gathered in another New York green space to enjoy some of the most familiar names in popular music, and that event, the Harlem Cultural Festival, is sadly unknown to the world. Despite featuring riveting performances by Stevie Wonder, Mahalia Jackson, B.B. King, The 5th Dimension, Gladys Knight and the Pips, Hugh Masekela, Ray Barretto, Mongo Santamaria, and Sly and the Family Stone (and many, many others), no distributor at the time was willing to assemble the hours of footage captured and release a film or TV special. And so, these passionate, political performances have never been seen before and have, in fact, slipped out of the public’s consciousness…until now.

Ahmir Khalib Thompson, aka Questlove, has made his directorial debut with a celebratory, tightly-constructed, and deeply moving documentary film called Summer of Soul, or When The Revolution Could Not Be Televised. Just seeing these performances after all this time would have been enough to justify a film. But Questlove deftly combines the stirring concert footage with first-hand accounts from several festival attendees and performers as they watch themselves on film for the first time after more than 50 years and remember the musical and cultural significance of this moment in time. The director also incorporates video news clips and photos from the period that distills the historical context in which the festival was staged. As a result, Summer of Soul is not just an exceptional concert film but also a bracing assertion of inclusive history. 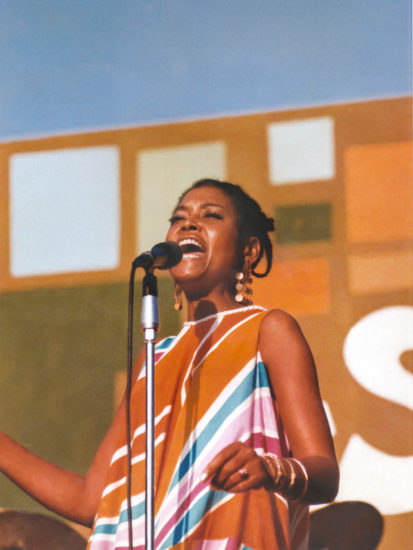 Abbey Lincoln performs at the Harlem Cultural Festival in 1969, featured in the documentary SUMMER OF SOUL. Photo Courtesy of Searchlight Pictures.

The subtitle of the film is a reference to Gil Scott-Heron’s poem-song of the same era that was a cutting yet lyrical indictment of the mainstream media’s whitewashing of public opinion. Scott-Heron asserted that TV and film content was selectively packaged to sell both products and dominant white culture, and Questlove clearly believes that this “lost” cultural festival was another example of the same phenomenon.

Summer of Soul powerfully demonstrates how significant African-American and Latinx musicians engaged their own audiences and the wider culture with music that was simultaneously joyously performed and deeply felt. Music that reflected a generation’s obstacles, aspirations, and profound determination.

On the heels of the racial awakening sparked by the George Floyd murder in 2020, Questlove’s timing is right on. This film is a searing reminder of how long these conditions and frustrations have persisted. But it is also an offering of hope that music, and musical artists, can lead the way to a different, better future.