Trixie arrived at the Brandywine Valley SPCA on Feb. 8 as a stray. Sadly, no one claimed that sweet girl. She quickly became a favorite of the BVSPCA staff and volunteers, who gave her much love over the next two months.

March 30 was the shelter’s regular trash pickup day, and the truck was driven by Kevin Hartford. A BVSPCA staffer happened to be out with Trixie at the time. The rest of the story is “happily ever after.”

Sitting proudly in her passenger seat, Trixie completed the rounds with Kevin that day and went home to the Hartford family, who love her beyond dreams. They now take her everywhere with them, from hikes to ice cream treats.

Today, Kevin says, “When somebody threw Trixie in the trash, the trash man found her and turned her into a treasure. We just love her to pieces!”

Kellie, a resident of Wilmington, knew she would eventually need the assistance of a service dog. She has multiple sclerosis, which has caused permanent spinal cord damage on her right side. MS has also made walking difficult and causes Kellie to become very weak after long periods of standing.

In November 2018, Kellie was matched with Basie, a service dog trained by Canine Partners for Life. Although they have only been partnered for eight months, Basie has already made a huge impact in Kellie’s life.

Basie enables Kellie to walk longer distances and provides support while she navigates stairs. Kellie’s spinal cord damage makes it difficult to dress and undress, so Basie helps by tugging off her clothing. Basie has given her the confidence to live life to the fullest. They enjoy going to the gym together, eating at restaurants and have even traveled to Hawaii!

Kellie says, “He leaves me speechless with his kind eyes and willingness to help with every step. He is nothing short of a miracle.”

—Submitted by Tonya Guy of Canine Partners for Life 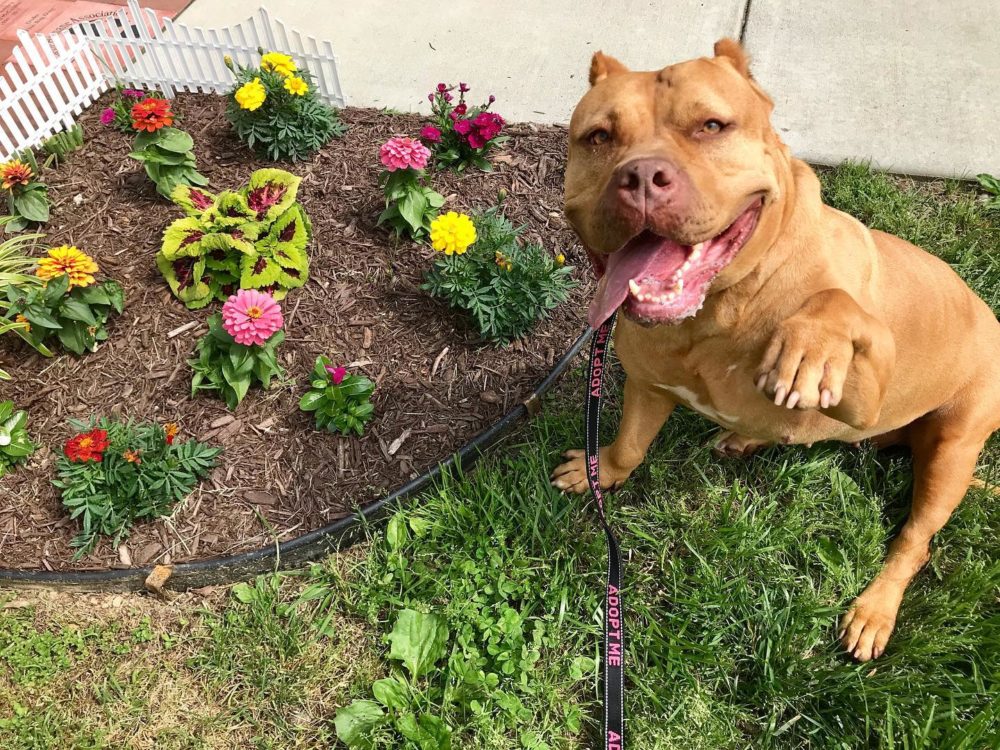 An Angel Finds a New Home

Angel came to Delaware Humane Association in April of last year when her owner’s mom’s health declined, and the family was no longer able to care for her. This sweet girl quickly found a new home with an amazing new dad, but he also unfortunately fell upon hard times almost a year later, in February.

After being returned to our shelter, it was clear Angel was having a hard time adjusting. She missed her family and wanted nothing more than to cuddle up on the couch or to play fetch in her own backyard.

Our staff worked hard to make her feel at home, even taking her on sleepovers to give her a break from shelter life, but we could tell she just wanted to have a family of her own again. Luckily, just this month, Angel got adopted!

We couldn’t be happier for this big cuddle bug and her new family.

A Special Pet for an Air Force Vet

Alfred and Louie were meant to be together, they just didn’t know it until this past February. Alfred is an Air Force veteran living with PTSD; Louie is a black Labrador mix who bounced in and out of shelters five times in his four years on earth.

Through Delaware SPCA’s partnership with Pets for Vets, Alfred and Louie found each other. And then both of their lives changed for good. The pair quickly became best friends, sharing Alfred’s bed at night, taking daily walks together and going to the Veterans Hospital together.

Alfred says, “I have met many people at home because of Louie. Everyone thinks he’s beautiful and such a good dog, so they come and ask about him and pet him. Wherever I go, he is two steps behind me or sits right underneath me or in his line of sight.”

Gage is a large, Lab-like dog that was showing symptoms of neglect: missing fur, skin issues, lack of confidence. Faithful Friends offered outreach support and resources to the family to help 7-year-old Gage, but it wasn’t enough. He began having accidents in the home.

“Awful dog,” they called him. So Faithful Friends took him in and gave him the care he desperately needed to heal. The veterinary team administered antibiotics for his skin infection. Quickly, his skin cleared up, his hair grew back and his loving personality shone. Gage was beginning to heal, both inside and out!

Gage was always very sweet, but nervous in the unfamiliar shelter environment. At adoption events, though, he loved the attention he received. Then, after almost three months, Gage met the Heller family, who own and operate Tint World of Wilmington.

Every month, the Hellers come into Faithful Friends to pay the adoption fee in full for some lucky dog or cat, if someone chooses to adopt them. They came to the shelter and fell in love with Gage. They are now spoiling him as an official part of their family, which includes a canine sibling.