Worth Recognizing: Community Members Who Go Above & Beyond

Linda Perkins uses a cane to walk and move around. It keeps her steady as she sweeps up trash in her neighborhood or while using a trowel to pull stubborn weeds from cement cracks.

“I was raised by my grandmother and great grandmother,” says the Northeast Wilmington resident. “They taught me to help. To be considerate. When I look out my window and I see a mess, it does something to you. So, you go out there and do something about it.
If you start, others will follow.”

This summer, Perkins, who for 22 years has worked as a school bus driver for the Brandywine School District, helped clean Johnston Playground in her neighborhood. She was one of 70 volunteers who participated in Habitat for Humanity of New Castle County’s Rock the Block project. During the two-day event more than 150 construction bags were filled with debris.

Rock the Block includes weeding, raking, and removal of trash. Andre Wilburn, one of Habitat’s neighborhood revitalization coordinators, galvanized and spread the word to civic associations about the event. He says it’s not just about cleaning a community park, it’s about empowering residents to maintain a standard of living they can be proud of.

Carla Davis, 57, who has volunteered with Perkins on many neighborhood beautification projects, says it makes her feel good to help. She remembers the time she helped paint a porch while it rained. “We felt so dedicated,” she says. “There’s a few mindful of us who keep up with it.”

Exterior painting of homes and front doors as well as the distribution of Ring video doorbells to enhance residents’ safety, are other activities that are part of Habitat’s 10-year-old revitalization and beautification program.

“Our goal is to improve quality of life,” says Kevin Smith, CEO of Habitat for Humanity of New Castle County. Clean streets and green lots also make an impact on a person’s mental health. “Studies show an unkempt vacant lot can increase a person’s blood pressure.”

“To clean a neighborhood park on a single day is very inexpensive, probably only costing us $1,000 in materials and food for the volunteers,” says Smith.

Earlier this year, Habitat received a $100,000 grant from the Republic Services Charitable Foundation, which helps fund neighborhood revitalization projects across the country.

“Trash is a world issue, not a one block issue,” says Perkins. “You can’t think it’s not your problem and that
it doesn’t affect you.”

“Everything in a community affects everyone in one way or another. From crime, vacant houses, poor lighting, and poor communicative representation,” says Jaehn G. Tindley Dennis, president of 3rd NPC and president of the Vandever Ave. Civic Association.

— For more information on Habitat for Humanity of New Castle County visit Habitatncc.org and to contact the 3rd District Neighborhood Planning Council send an email to 3distnpc@gmail.com 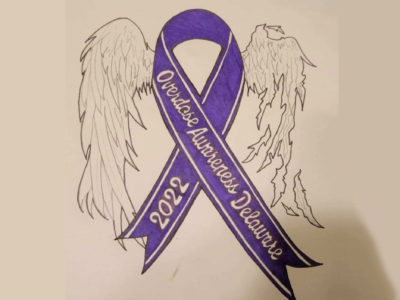 Worth Recognizing: A Sobering Look at Addiction

Worth Recognizing: Community Members Who Go Above & Beyond
By Adriana Camacho-Church
August 1, 2022 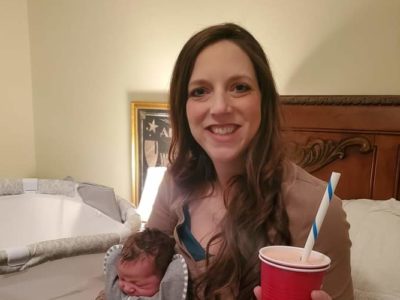 Worth Recognizing: Community Members Who Go Above & Beyond
By Adriana Camacho-Church
May 31, 2022

Worth Recognizing: Community Members Who Go Above & Beyond
By Adriana Camacho-Church
February 28, 2022