The regional manager for the Boston brewery discusses its culture, its recent collaboration with Dunkin’ Donuts, and how a Harvard lacrosse coach ended up selling one of the East Coast’s longest-running IPAs

Not many American craft breweries can say they’ve been around for more than three decades. Harpoon Brewery is one that can.

The brand quickly attracted a following, including Bruce Bickford, who attended several Harpoon beer festivals at the Boston brewery. At the time—2011—Bickford was the lacrosse coach at Harvard—a prestigious job, especially for someone in his mid-20s. But the festivals, and the people at Harpoon, changed his career trajectory.

“I didn’t come in with beverage background,” says Bickford, now 33. “I thought I wanted to be a lacrosse coach.”

After forming a connection to former Harpoon CEO Rich Doyle, who just happened to have played lacrosse at Harvard (before Bickford’s coaching tenure), and meeting some of the Harpoon people, he decided to sell beer.

“I got to know some people who work there, and I definitely saw it as a place I would want to work,” Bickford says. “A lot of co-workers are people who would be our friends outside of work if we all didn’t work for the same company. Our culture is awesome, and I saw that right off the bat.”

In just four years with Harpoon, Bickford worked his way up to his present position: Southeastern Regional Manager, working out of Baltimore. It’s gratifying to him that the company continues to innovate—like its recent porter collaboration with Dunkin’ Donuts, a collaboration that made beer industry headlines.

O&A reached him by phone, and here’s what Bickford had to say about the culture, the history, and the future at Harpoon.

O&A: Harpoon got started in 1986, right there at the beginning of the craft revolution. What important lessons do you think have been learned in that time? 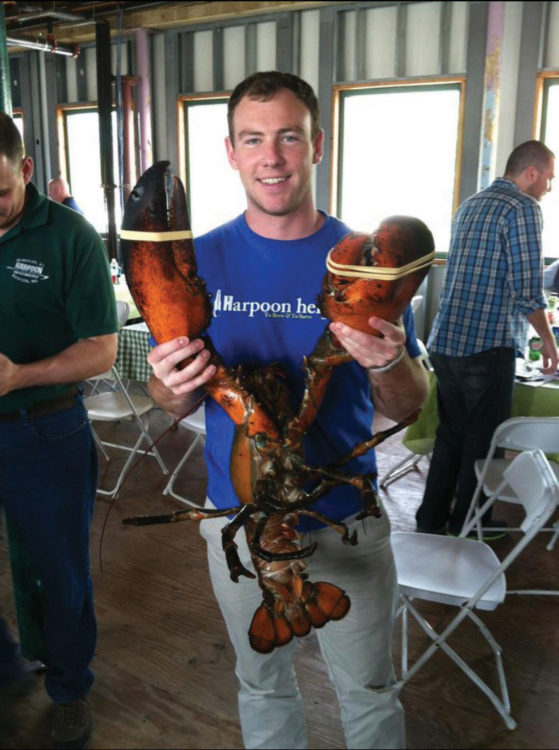 Bickford: Yeah, we started brewing in 1986, and the realm of craft beer has really shifted in that time.

[After college] our cofounders traveled in and around Europe and saw how those breweries were ingrained in those communities with delicious beer. They wanted to bring some of those offerings and some of that culture [to Boston]. An early part of the craft beer movement was to bring some of the European styles—stuff the Europeans had been brewing for hundreds of years—to the U.S.

That has obviously evolved, but a few things are still true. It’s great being a long-tenured craft. We’ve been around for a while, so there are a lot of things that we’ve learned over the years as far as attention to quality and what consumers are looking for.

But then you also have to stay relevant because beer is constantly evolving. So we’ve stayed on top of that as well, even though our IPA has been around since 1993, and some of our seasonals—like Winter Warmer—since ‘88.

O&A: So is it safe to say the IPA is the flagship of the operation?

Bickford: Yes, the IPA is a little under half of our business. We are a flagship company. And we were one of the first IPAs brewed on the East Coast back then. So [we were brewing] an IPA in ’93 when consumers were used to things not as hoppy and not as dark as our 5.9 percent, 42 IBU IPA. Adding a ton of hops was not the norm back then.

Our IPA started as a summer seasonal when we launched it and was a tribute to the Pacific Northwest. One of the hops we use is grown in that climate—Cascade—along with Apollo, which are the bittering hops. And the toasted malts. We were actually the first brewery to have our employees take the malts home to have them toast them in their ovens [laughs].

O&A: Harpoon’s motto is “Love Beer, Love Life.” What does that mean to you?

Bickford: What that means to me is liking good beer, but also liking a good time, because beer brings people together.

We’re a very social brewery. We are an open-door brewery. We have tours seven days a week. We have a great beer hall that overlooks downtown Boston and the Boston Harbor. We have three festivals a year at our Boston brewery and one at our Vermont brewery.

We put a lot of attention on creating great beers, but we ultimately started as consumers, not as home-brewers. So we like to make beers that we want to drink and that we enjoy.

O&A: You say “beer brings people together.” On that note, it’s interesting that a couple of years ago Harpoon became employee-owned. Since you’ve been there for a while, what did you think of that move and how has it affected morale?

Bickford: It’s been great. That happened in the summer of 2014 and I think it brought out a sense of security, because there were a lot of [brewery] acquisitions happening around that time. And it was very assuring that there was a lot faith [placed] in our employees and what we do. When we work festivals and when we are in the marketplace, we are the face of our brand. That’s an important part of the business.

It also means you put a little bit of extra effort into everything you do, because ultimately we’re all working towards the same goal. 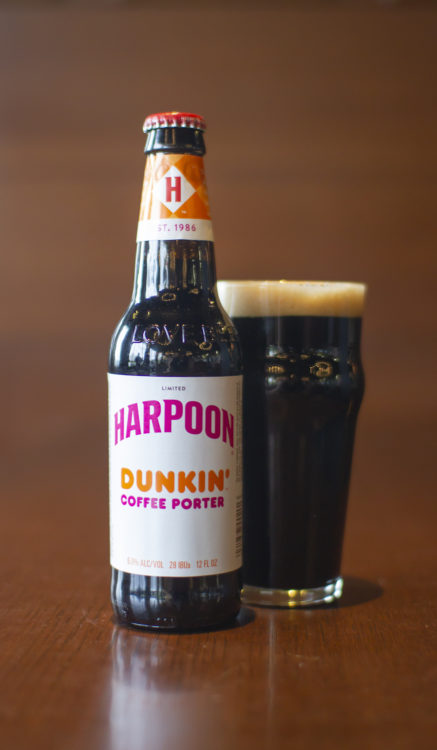 O&A: What has the reception been for the Dunkin’ Donuts partnership?

Bickford: It’s a great partnership. It’s another example of making beer fun. We’ve got to continue being creative with our partnerships. We’re a 33-year-old Boston company, and they’re a long-tenured Boston company as well.

We brewed their espresso roast with a porter, and it’s been a great way to bring those two things together and shine some additional light on the brand, for each side.

O&A: It seems lately like a Boston sports team is winning a championship every six months or so. How has the success of Boston sports impacted Harpoon?

Bickford: We sell a lot of beers at Fenway Park and Gillette Stadium, but aside from the sales aspect, it’s great visibility and great energy in the city. It’s another opportunity to get our beer at another occasion.

If you ever go to the brewery, there is a picture from when the Bruins won the Stanley Cup, and one of the players is pouring a growler of Harpoon into the Stanley Cup and drinking out of it. It’s pretty awesome.

We want to be there when people are celebrating. It’s about loving beer and loving life—drinking Harpoon around great times