Above: Photo by Kristin Curley

Imagine getting the Dolly Parton Seal of Approval.

Not that such a thing exists. But, for a moment, picture getting an email from Dolly telling you how much she liked your blueberry muffin recipe, or her reposting your gardening tips on social media, or her sending you a handwritten postcard from Nashville.

Now picture yourself as an actress. And as luck has it, Parton reads your bio; she’s seen you act; and, most importantly, she’s heard you sing. Then, she greenlights you to play her — Dolly Parton — in an upcoming musical you helped create.

That’s exactly what happened to singer-actress Tricia Paoluccio, both launching her to the moon and landing her in the upcoming world premiere of Here You Come Again: How Dolly Saved My Life in 12 Easy Songs, which comes to Delaware Theatre Company September 14 through October 2. For tickets and show info, visit: delawaretheatre.org/here-you-come-again

During a zoom call with the show’s creators, Paoluccio offers an inside look at how it all came to be and what it felt like to get “the call.” 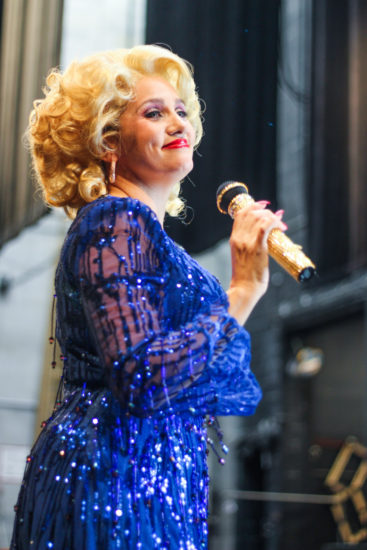 Tricia Paoluccio said it was a career highlight to receive Dolly Parton’s approval to play her in the world premiere. Photo by Kristin Curley

“I’ve had a life-long love of Dolly,” says Paoluccio. “I knew I could sing like Dolly and I’ve channeled her before in other productions. I did 9 to 5: The Musical and Stand By Your Man where I got to play Dolly in Nashville.

“I knew I could do this, but I didn’t think Dolly would be seeing it… I don’t think we had any idea that Dolly would be really soaking in this material. She’s so busy. She had so many projects on her plate.

“So, I was absolutely shocked when I heard that she approved me to play her and that she loved the show. I think we were all pretty stunned because it was such a long shot. It was such a big dream. We didn’t really expect it.”

Paoluccio, who is also a fine artist, says she was attending an art exhibit of hers in New York City when she got the phone call from the creative team’s lawyer.

“I literally dropped on the floor,” Paoluccio says. “I mean, sorry, I’m going to start to cry right now when I think about it, because it is my childhood dream. I’ve loved her my whole life. So, the idea she heard me sing and approved of me to play her, there’s nothing that will ever top this in my artistic career. I know that.”

From Hollywood to Dollywood

In addition to offering a Parton-approved portrayal of Dolly, Here You Come Again brings together a creative team not entirely new to Wilmington. Paoluccio’s husband, Gabriel Barre, directed A Sign of the Times, which premiered regionally at DTC at the end of 2018.

Also a musical, A Sign of the Times featured tunes from the mid ‘60s and focused on social issues of the time through the lens of a young woman who makes the jump from Middle America to The Big Apple. 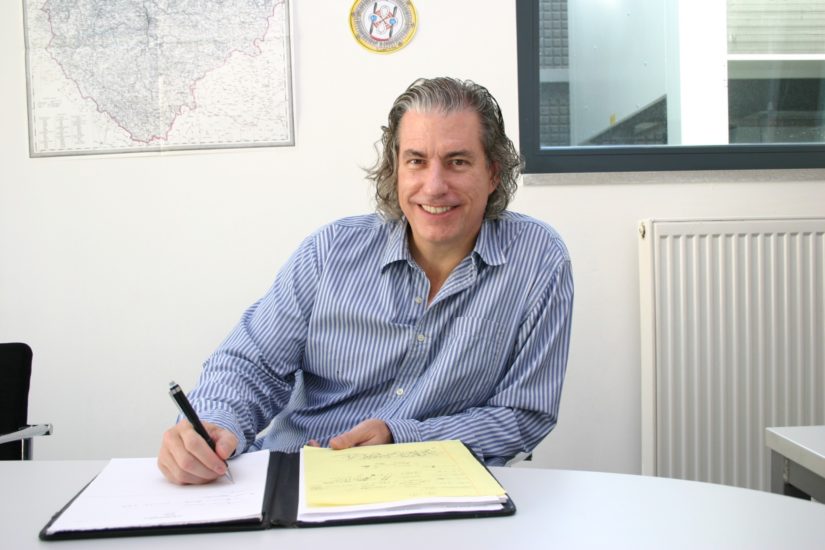 Director-actor Gabriel Barre is no stranger to DTC. He directed A Sign of the Times at the theater in 2018. Photo provided.

While Kevin, the lead character in Here You Come Again, doesn’t take such a big leap geographically, he does take a musical journey of sorts through his past. Described as a “has-been-comedian-who-never-was,” Kevin (played by Jameson Stern) finds himself isolating in his parent’s attic during the pandemic, turning to his love of Dolly Parton songs for guidance and support.

Both characters are creations of Hollywood funny man Bruce Vilanch, who, in addition to being a writer for award shows like the Oscars, Emmys, Grammys and Tonys, has been a joke writer for the likes of Robin Williams, Lily Tomlin, and Billy Crystal.

“We’ve had a chance to have both Bruce and Gabe in town,” says Matt Silva, DTC’s executive director. “Bruce is a wonderful collaborator. And Gabe is one of the most experienced and compassionate directors that I’ve ever come across in my young career.

“The collaboration [with A Sign of the Times] was wonderful, and the show was terrific. It was a no-brainer to have them back here with this really exciting project and to bring Tricia along for the ride.”

For Barre, it’s a well-timed return to DTC. As both a director and a Tony-nominated actor, he has worked on and off Broadway for decades as well as on theater tours throughout the country and on three other continents. That said, there is something about developing a piece for a smaller stage that he finds attractive.

“I have been around musicals for my entire adult life,” Barre says. “One of the things that distinguishes this show from other projects and new shows I’ve been a part of is that I’ve helped create this show — with Bruce and Tricia — and I feel wonderful about that. 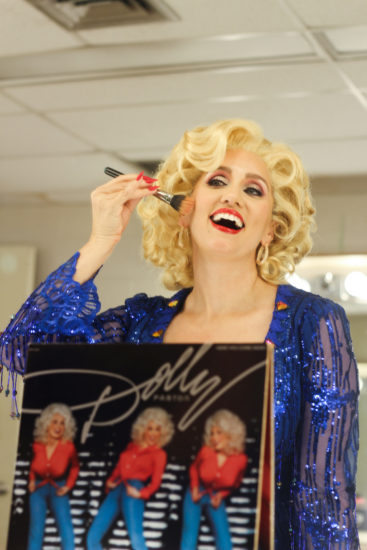 “It’s also really a treat to do an intimate show again. I work on a lot of big musicals. I spent most of 2021 in China working on a mega-musical that had 60 to 75 people in it. Huge production. I love all of that, too.

“But it is refreshing to just focus on an intimate story for a truly intimate audience and to bring emotional spectacle to it with fun, inventive staging and creative, comic ideas. And to reinterpret these songs in a way that serves our story.”

A man with many stories as well as many comic ideas, Vilanch might be most recognizable to people outside of Hollywood for his four years on the third iteration of Hollywood Squares, as both a writer and a celebrity “square.”

One of his most famous jokes was, “I’m the guy to the left of Whoopie Goldberg — if that’s even possible.”

Vilanch started writing for theater after meeting Bette Midler. At the time, he was entertainment writer for the Chicago Tribune, a career that allowed him to mix with performers. Midler was a nightclub singer just starting to get discovered. He helped her write amusing things to say between songs, and she kept him along for the ride.

Five years later it would be the perfect match of wits when they collaborated on her 1974 Broadway show Clams on the Half Shell Revue, the same year that saw her win a Special Tony Award.

“I became kind of a specialist in that. Then that translated well to writing for people on television. And that’s actually when I met Dolly.”

In the late ‘80s, Vilanch was brought in a part of a “rescue squad” of writers hired to help revive the now-forgotten Dolly TV series, which was sinking mid-season.

“She had a great, big, expensive bomb on ABC Sunday nights where they tried to turn her into Carol Burnett,” Vilanch explains. “And it didn’t work. So, they fired the original squad and brought in a new group. I was the reclamation team coming in to try and rearrange the deck chairs on the Titanic, basically.”

The team decided the best move would be to take the show on the road.

“We took it out of the realm of the studio,” Vilanch says. “We did Dolly in London, Dolly at the Metropolitan Opera, Dolly in Nashville. And we opened Dollywood. That was when she put her whole family on the payroll and opened the theme park where the highlight was clog dancing. I’m telling you there was no roller coaster!

“But that worked enough to get us through the season.”

Although the experience had its challenges, Vilanch came to see Dolly as a “real, special” entertainer with a Betty Grable-like quality. When asked to describe Parton in a word, he muses for a bit.

Working 9 to 5… During A Pandemic

It is perhaps that ethereal-meets-real aura of Parton’s that makes the premise of the new musical sound so on target. Alone and in his parents’ attic, a down-on-his-luck Kevin finds himself in his very own Covid bubble. Then appears a country music fairy-godmother-of-sorts to help work things out. 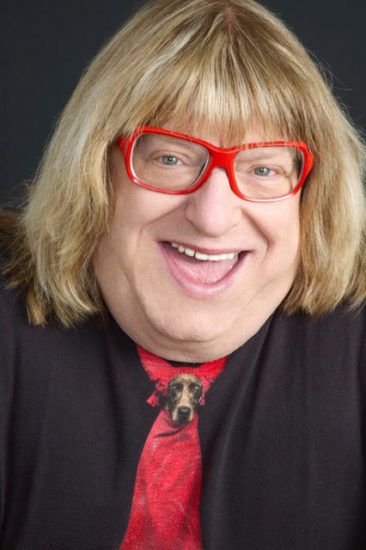 “Dolly is the perfect person who everyone can agree has a great way of helping us pull ourselves up from the bootstraps,” Barre says, “And as Bruce says it in our promotional materials, ‘even if your bootstraps aren’t made of rhinestones.’

Barre then references a lesser-known nugget in Parton’s extensive goldmine of a catalog: “We have a moment in the show, it’s [a song] called ‘Sing for the Common Man,’ that we use to honor frontline workers and the people that went out there [during the pandemic].

“[It’s] all in the service of Dolly making Kevin realize how lucky he is. How much he has to be grateful for. And a reminder to him of what hard work really does look like so that he doesn’t feel so whiny. So, he’s not wallowing in self-pity. And we all need a dash of that, too.

“That’s what I’m really excited to pose to audiences and to feel their response, especially when we have two wonderful actors both in in Trish, of course, and Jameson.

“We are really, really excited about bringing it to life, fully staged.”

Fall (Back) Into the Arts