Sam Nobles and Katie Dill of Mean Lady, though busy with other projects at opposite sides of the country, find time for their new album

“I think Delaware has the most beautiful forests and creeks, and those ideas came through in all the songs, so the title seemed fitting. Don’t even get me started on the butterflies,” says vocalist and musician Dill.

Nobles—keyboardist/bassist/producer—and Dill had been talking about releasing the album for a while, but Nobles says there were instrumentation and production elements that needed to be further developed—and they were on opposite sides of the country.

So the pair has been occupied with other projects. But since the vocals and early versions of the tracks of what would become Nature had already been recorded before Dill left, in mid-2016 they decided to polish the album. What ensued was a six-month process, but Nobles says sending edited tracks back and forth from Delaware to California wasn’t as complicated as might be assumed.

“I think we both share such a similar music taste, from genres to melody in general, and so we’ve always been on the same page,” he says. “Sometimes when we’re writing, we’ll show each other a three- or four-chord progression and there’s just a mutual feeling and understanding of ‘yeah, that really triggers something,’ We’ve also just been super good buds for a long time.”

They met at a party as teenagers, and began writing and performing together almost 10 years ago as members of folk-rock-bossa—nova group Diego Paulo, which garnered a cult following in Newark. They also played together in the University of Delaware Big Band Jazz Ensemble for four years.

“With both groups, we’d often stick around after rehearsal and share ideas with each other, writing snippets of songs, which eventually turned into Mean Lady,” says Nobles.

The duo signed with Fat Possum Records in 2013 for a one-album stint with a recording of Love Now, and Mean Lady received positive reviews from Rolling Stone and Pitchfork Magazine. Any subsequent releases, such as Nature, are self-released. As of now, the duo doesn’t have any additional recordings in the works; they’re just hoping the new album serves as a soundtrack to a good time with friends and even a sense of nostalgia, says Nobles.

When Nature’s songs were originally written, Dill still lived in Delaware, where she spent a “ton of time” in the woods.

“I wrote ‘Walking Flower’ in the forest, and ‘The Woods’ came from the idea that a relationship or friendship isn’t solidified for me until we have gone on a nature walk,” she says. “I feel most myself in the woods and I want the people I love to experience the beauty of nature with me. It expanded into an idea about how all humans yearn for a connection to nature. I’ve had friends who said the album made them cry. Another said you should listen to it on a sunny day. Glean whatever you want; all art is meant for you to experience it and own it for yourself. I do hope you listen to it on a sunny day, though. I think that person was right.”
Visit meanlady.bandcamp.com to listen to the album. 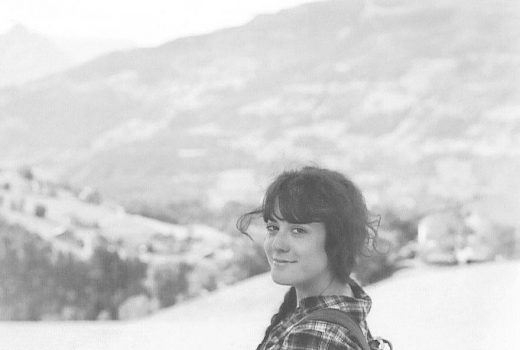 Go for a Ride