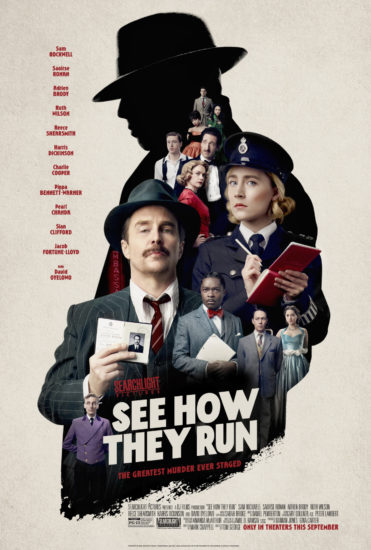 Sam Rockwell and Saoirse Ronan have a fun chemistry as the jaded veteran detective and his overeager assistant in this glossy English whodunit, but despite being a fan of the genre, I found myself asking upon its conclusion: What was the point of all that? Set in the ostensibly glamorous world of 1950s West End London theater, See How They Run cleverly sets its central mystery within the legendary long-running production of Agatha Christie’s The Mousetrap. However, its meta insider references are likely to be lost on modern audiences, and even if they get them, little new ground is explored. Perhaps the movie is intended to be some sort of wry commentary on the genre’s many tropes, but despite the name-dropping and handsome period trappings, this movie is just another rickety example of the whodunit’s limitations, and a disappointing example at that.